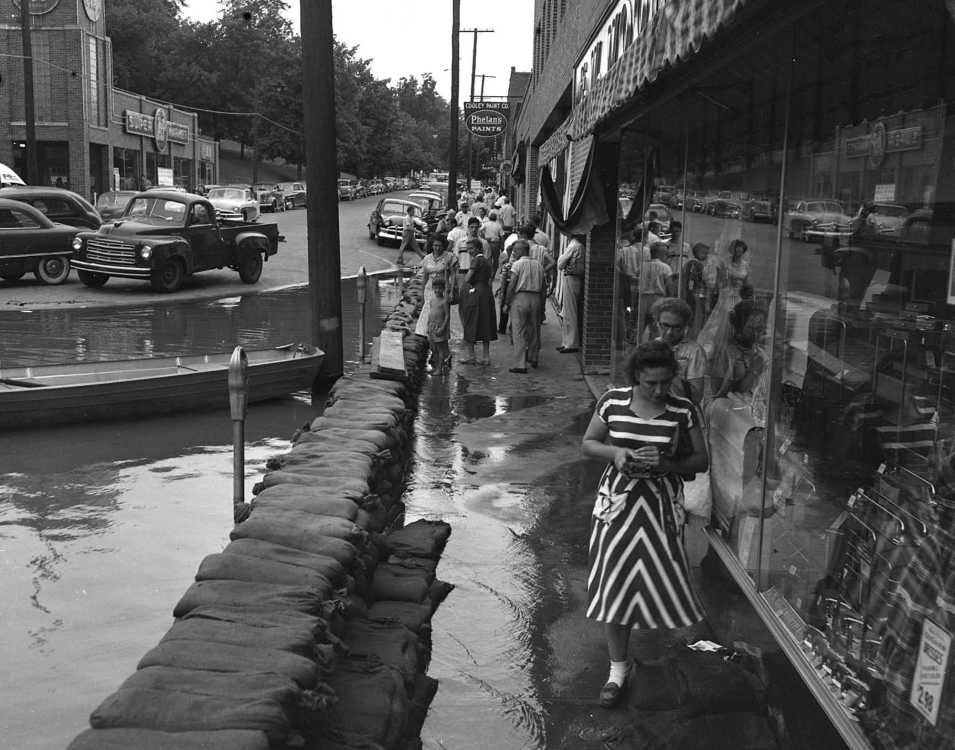 High water or not, retail business goes ahead in the downtown area menaced by the flooding Mississippi River. This picture shows how some of the shopping business has shifted to the block of Spanish street between Independence and Themis after water invaded some of the stores on Main between the same two streets. The picture is a view looking north from Independence. (G.D. Fronabarger photo)

F.W. Woolworth Co. is on the right. The business also had a Main Street entrance.

The July 23, 1951 Southeast Missourian reported the river stage was 41.7 feet. The added pressure of the water evidently caused the fissure in the concrete floor of the Woolworth building to open farther. The front of the store was covered with several inches of water and crews worked about eight hours to remove stock from counters in that section of the building.

The 12 pumps, five gas and seven electric, spewed out an estimated 65,000 gallons of water per hour from behind the sandbag barricade that held about five feet of water out of the store. Business continued at the store with two-thirds of the store unaffected. The Spanish street entrance was open with sandbags keeping the water out on that side also.