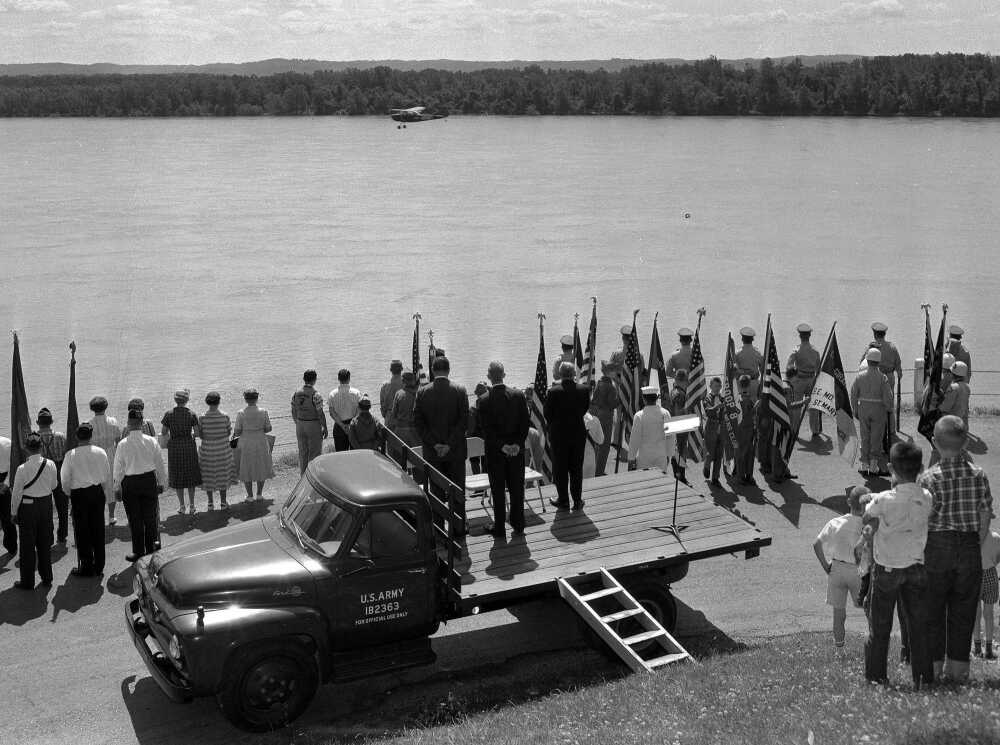 Members of various service units, including a firing squad, stand at attention at Cape Rock when one of the community's two Memorial Day services for the war dead was held Monday. In the background may be seen a plane dropping a wreath onto the river's waters. (G.D. Fronabarger photo)

The Knights of Columbus ceremonies were held on the high promontory of Cape Rock overlooking the Mississippi River, into which a wreath was dropped by a low flying airplane in tribute to the war dead. Bill Burlison was the speaker.

The ceremony, with veterans and military participation, was followed at 11 o'clock--the Armistice hour of World War I--by ceremonies at Memorial Park Cemetery. Sponsored by the Allied Veterans Council, all city veterans groups participated at the bell tower, and a wreath was placed on a simulated grave. The Rev. Collie Shirrell spoke. The Disabled American Veterans were in charge of the 1960 service.