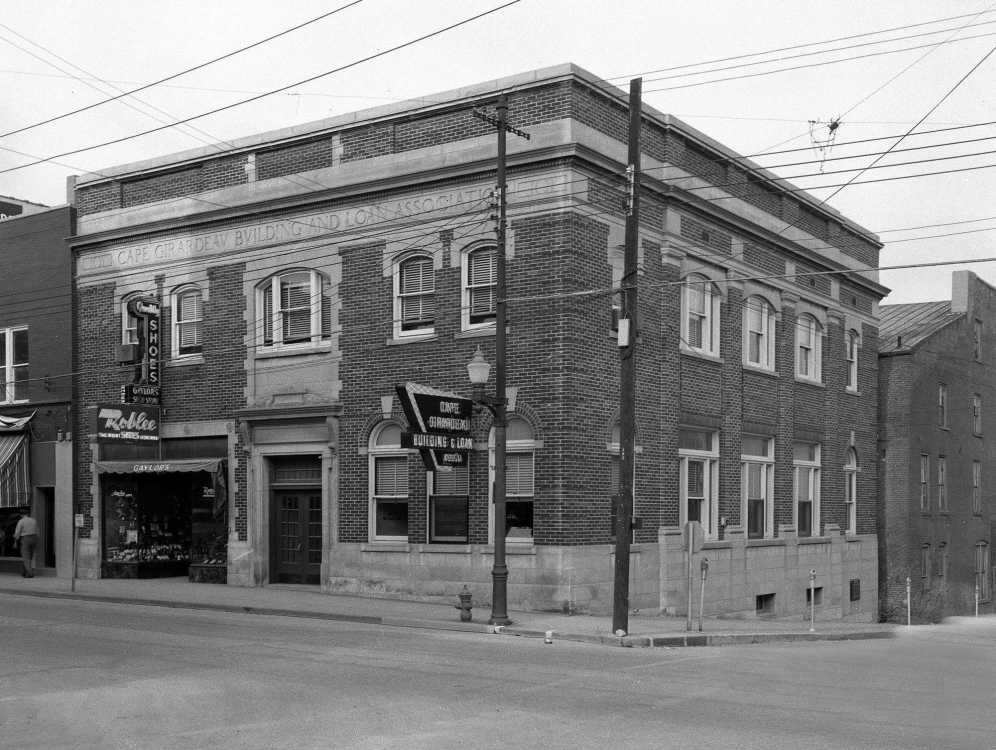 From "City of Roses" book:

The Cape Girardeau Building & Loan Association was founded Dec. 14, 1882. The association was organized at the Common Pleas Courthouse and continued to meet there until April 6, 1911, when it moved into the former First National Bank building on North Main. On July 23, 1924, the association purchased a vacant lot at the northeast corner of Main and Themis from L.B. Houck for $46,500. Work began on the new building March 23, 1925, and it was completed later that year. In 1956, the association was reorganized into Cape Girardeau Federal Savings & Loan. It became Colonial Federal Savings & Loan Association July 1, 1974. The main offices were moved from the Main Street building to a new facility at 2027 Broadway and the old facilities became a branch office. That was finally closed in April 1981, when the branch office moved to West Park Mall.

In the photo, Gaylor's Shoe Store is located at the left of the building.

The former S. Albert Grocery building was demolished behind this building to make way for a parking lot.