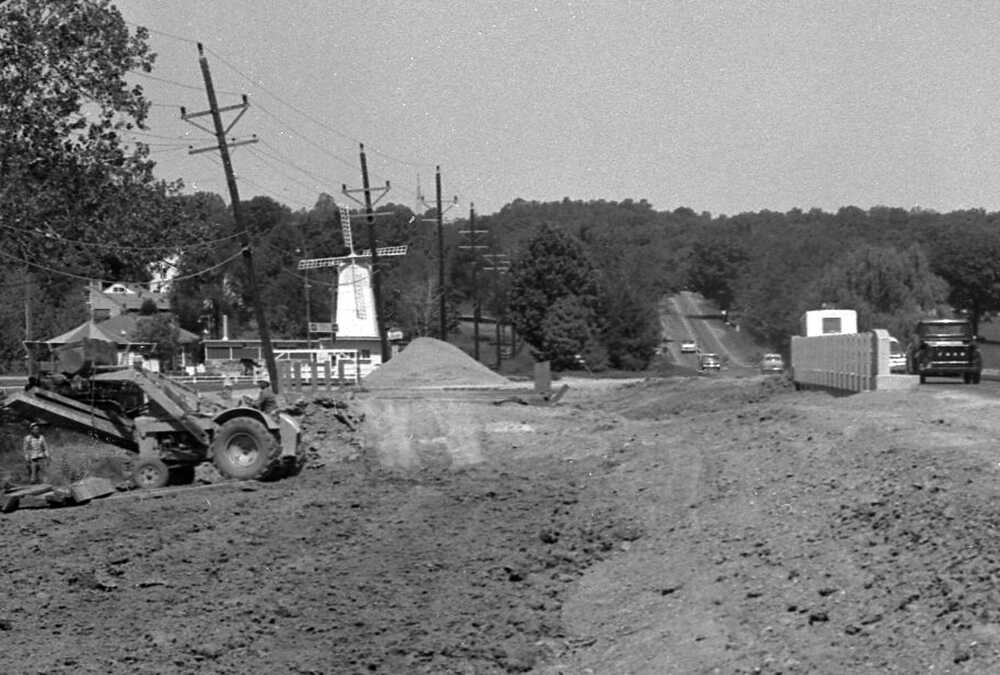 This is the only picture we have that shows the Windmill Drive-In on North Kingshighway in Cape Girardeau. Frony made the picture in the early 1950s.

The drive-in is shown in the background of this extreme enlargement at the corner of what is now Mount Auburn Road and North Kingshighway. The property is north of the present Osage Centre.

The only references to the business we have found were tiny ads in the Locals and Personals column such as these: