House built for riverman at Trail of Tears site 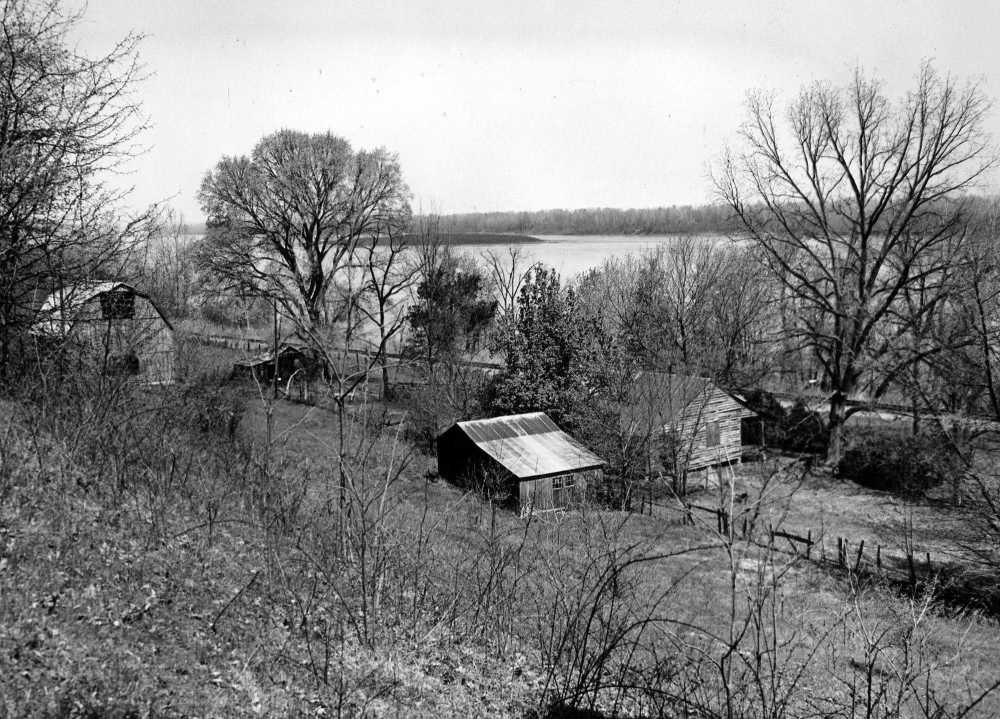 Some of the lore attached to the proposed site of Trail of Tears Park is pinpointed in the above photograph made by The Missourian photographer.

The house, which is 106 years old, overlooks the Mississippi River at a point where the Cherokee Indians, on their forced march to Oklahoma around 1840, crossed the river.

Less than 200 yards downstream is the site of Moccasin Springs and the Greens Ferry landing; the point where a ferry propelled by a horse was the only means of crossing the river in that area.

The house itself, now owned by Grover Golliher of Cape Girardeau and no longer occupied, was built in 1850 by Jessie Liles, a carpenter, for Capt. Williams, a steamboat skipper. Much hewn timer was used in its construction. Facing the river, it commands a wide view. In front of it are four of the largest boxwoods in the district. A mile above the aged structure is Vancill Hollow and Vancill Point, location of the Vancill store, which thrived during the Civil War. The owner, Sam Vancill, local history has it, was a Southern sympathizer, as were most people in the community, and it is said that he ferried many of the Confederate soldiers over the river on a barge. The barge was eventually sunk by Union forces, but made of cypress its hulk is still visible at low stages of the river. Legend has it that money he had was buried in Vancill Hollow.

A half mile farther north is Sublett Hollow, site of a whisky distillery which flourished in an early day. "It is a matter of legend, too, that a barrel of this fine product is also buried in this hollow.

Moccasin Springs, so named from the springs which are still visible when the river is at a stage of 15 feet or lower, was a thriving community from 1850 to 1900. The last post office and store, owned by the late C.M. Golliher, was discontinued in 1910.