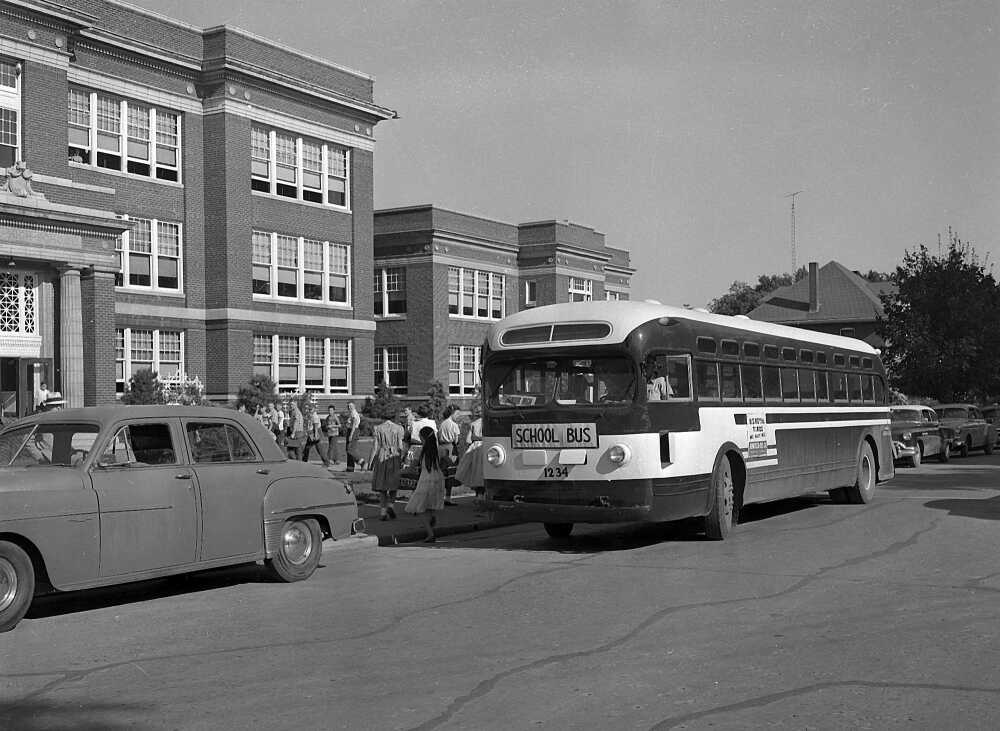 A Cape Transit Co. bus delivers junior high students to Central Junior High on Pacific Avenue, probably during the 1950s. A placard with "Junior High" is in the bus window. At the time, the bus company used regular buses in its contract with Cape Girardeau Public Schools.

The building was originally Central High School. It became the junior high when the new high school opened in 1953 on Caruthers Avenue. (G.D. Fronabarger photo)

A new term of school opened today for 4255 youngsters, public and parochial, an increase of 211 over the opening day a year ago, with indications that the figure will grow through the week as late arrivals are registered and begin classes.

The crowded situation which has prevailed in public elementary schools the past several years was greatly eased by the transfer of seventh and eighth grades to Junior High School and the beginning of classes in new Central High School.