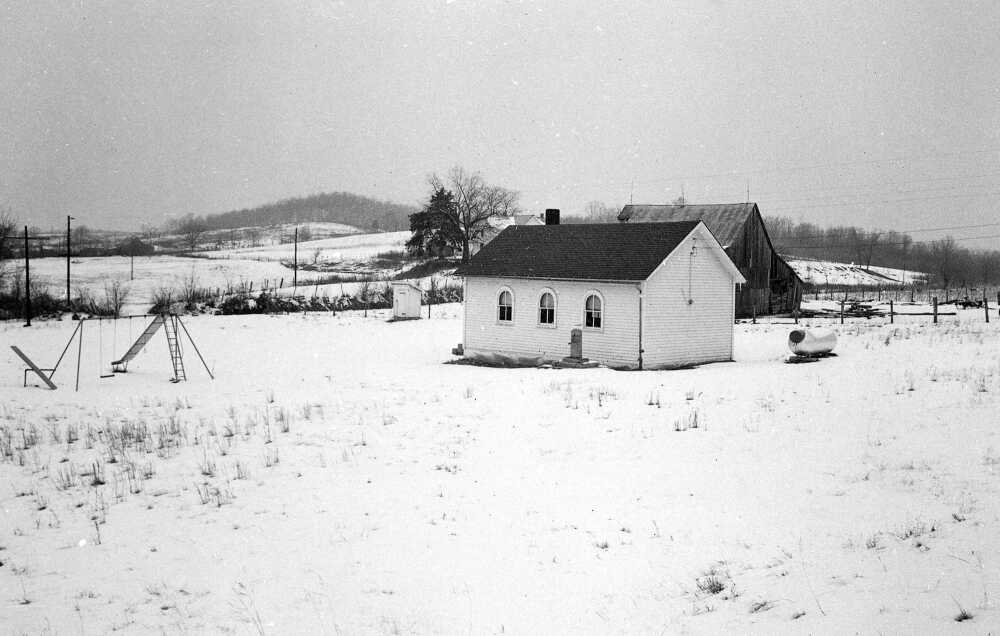 A Place of Rugged Beauty

This picture, made more attractive by the coating of snow, shows the hill country in and about the area in east central Cape County where it is proposed to establish a State Park. In the immediate foreground is the Iona School, which sits in the southwest corner of the 3000-acre tract. The park area itself lies generally east, or to the right, of the school, but is surrounded by rolling hills, some of which may be noted in the photograph. A farm to market road provides access to the school from both Cape Girardeau and Jackson; the two towns being almost equidistant from the park area. (G.D. Fronabarger photo)

Iona School was established in 1891. It was situated off Route V west of the Highway 177 intersection at the southeast edge of Trail of Tears State Park. The school was closed and the district became part of the Nell Holcomb R-4 School District which opened in 1960. The Iona School building no longer exists.

Here is a photo of Iona School without snow that shows the front of the building.