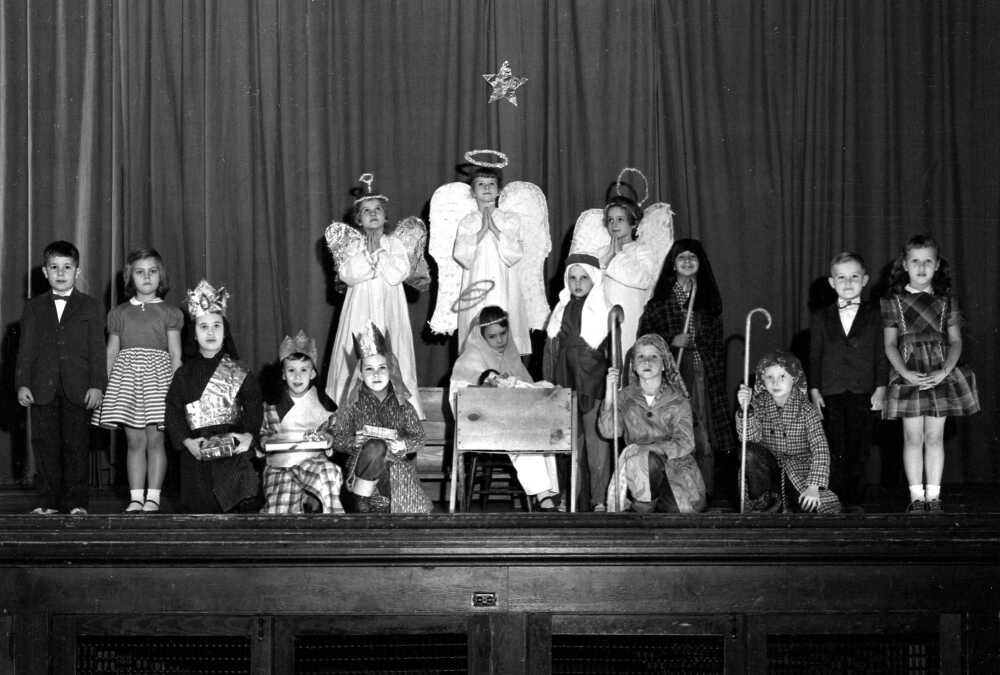 Dramatized by the first grade at Franklin School, the Christmas story was told by the youngsters in a pre-Christmas school program. Angels, in the background, from the left, are Kay Godwin, Deronda Barnes and Debbie Voges. Others in the cast, from the left, are Larry Downs, who gave the Christmas prayer; Jane McGinty, narrator; Frederick Turton, Billy Vancil and Bobby Jackson, wise men; Elizabeth Kratz, who was Mary; Billy Eaton, who played the part of Joseph; Charles Holt, Kenny Seabaugh and Drue Johnson, shepherds; Thomas Decker and Debbie Wright, announcers. (Photo by G.D. Fronabarger)