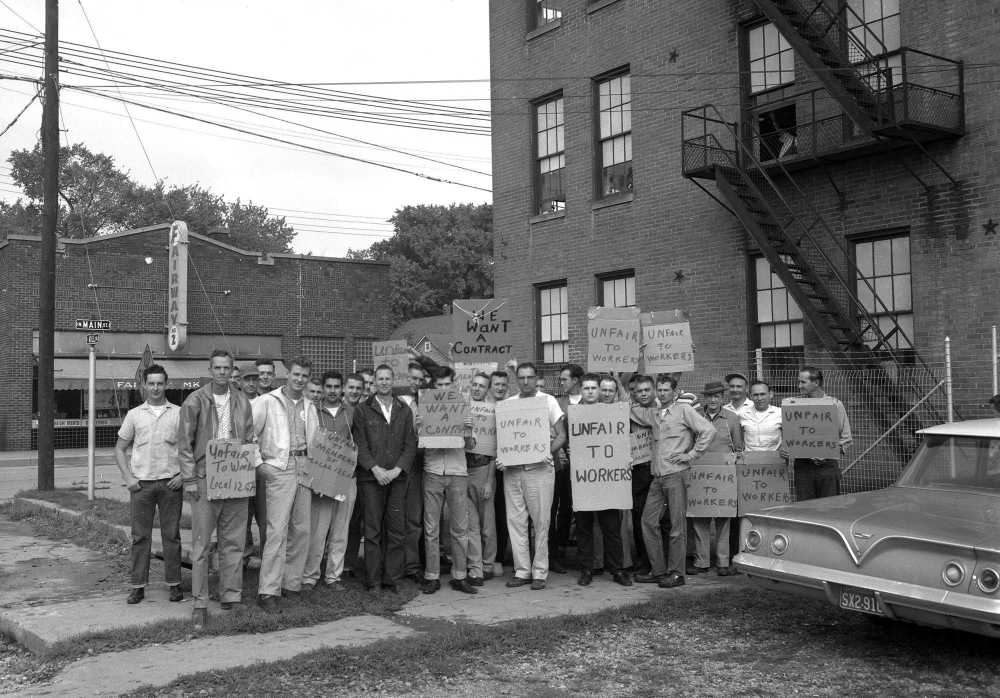 Pickets appeared this morning at the Cape Girardeau plant of the International Shoe Co. Waving their signs, some of them are shown here. Many workers remained away from work, but others returned to their positions. Involved is a dispute over a contract signed Sunday. (Photo by G.D. Fronabarger)

It was estimated about 350 of approximately 800 employes at the plant took part in the work stoppage.

Ellis Baker, national representative for the shoe workers union, said, "I didn't authorize the strike. It is illegal. The picket line is not an authorized picket line." Mr. Baker added that he had advised employes to cross the picket line to return to their work. Many did.

A spokesman for the striking workers said the walkout occurred as a result of a union board meeting last week. He said the board agreed if a contract had not been signed by Saturday noon, there would be no work on Monday.

Shoe factory workers returned to their jobs on Wednesday, Oct. 3. A majority had voted Tuesday night in favor of a contract agreed to by union representatives on Sunday.