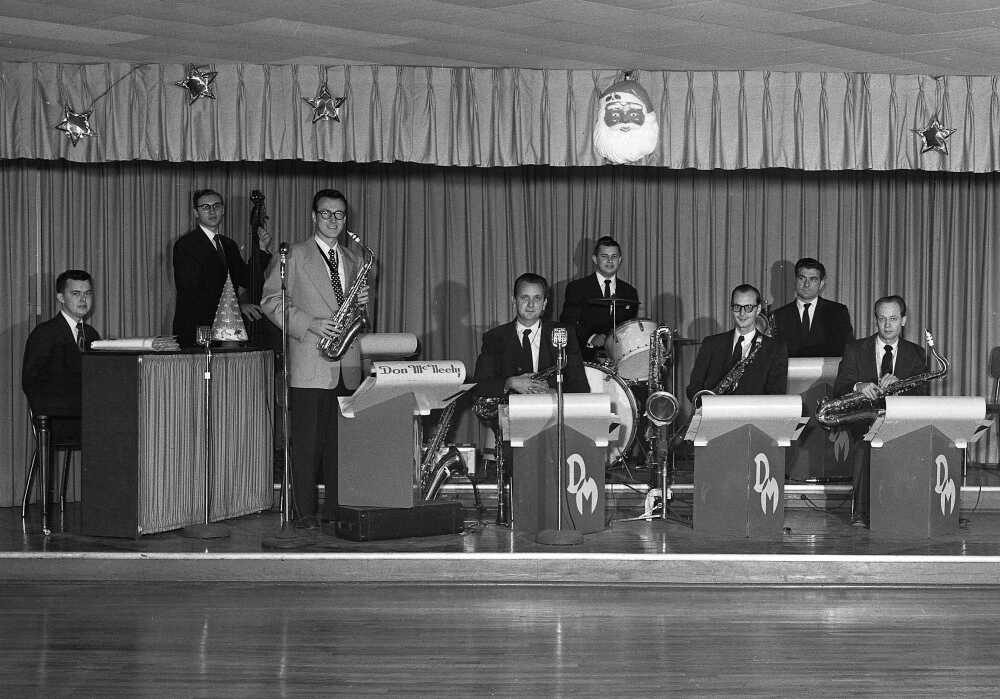 Don McNeely's Band was active in the 1950s, playing the Purple Crackle in East Cape Girardeau, Ill. during Christmas 1952, where G.D. Fronabarger made this picture.

McNeely started his broadcasting career at KFVS radio in 1943. He joined KFVS-TV when it went on the air in 1954 as its program director and on-air talent. Later he was the chief meteorologist until retiring in 1993.