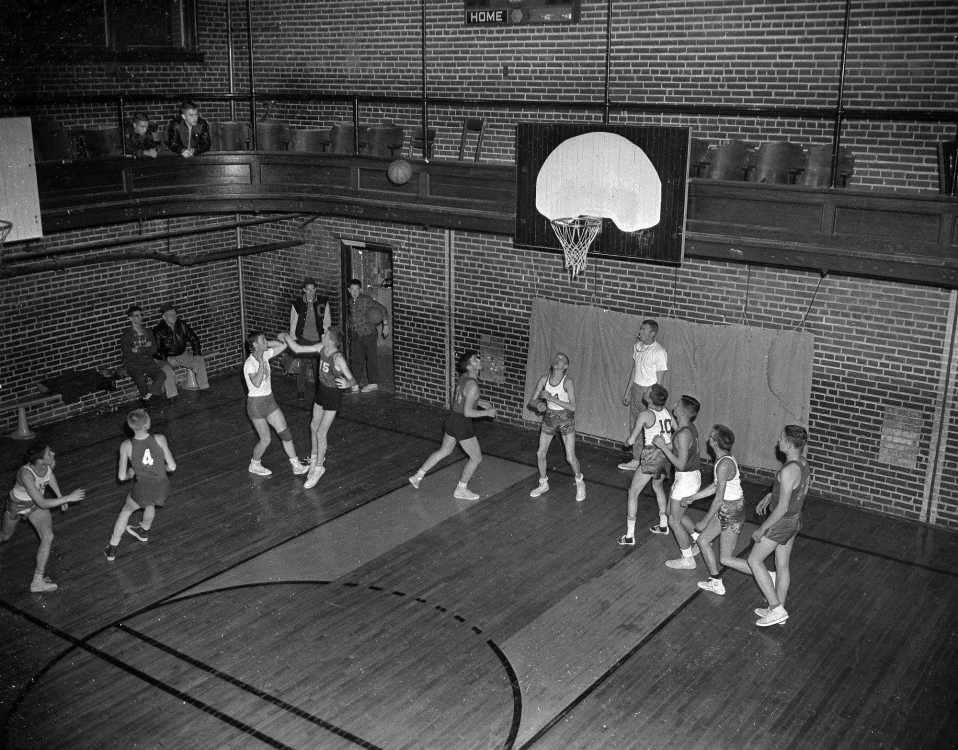 The boys appear to be junior high students, so it was likely taken during the late 1950s or early 1960s.

In May 2005, the alternative school was moved into renovated quarters at Schultz.

Developer Chad Hartle purchased the old school in 2008 which he renovated into Schultz Senior Apartments.