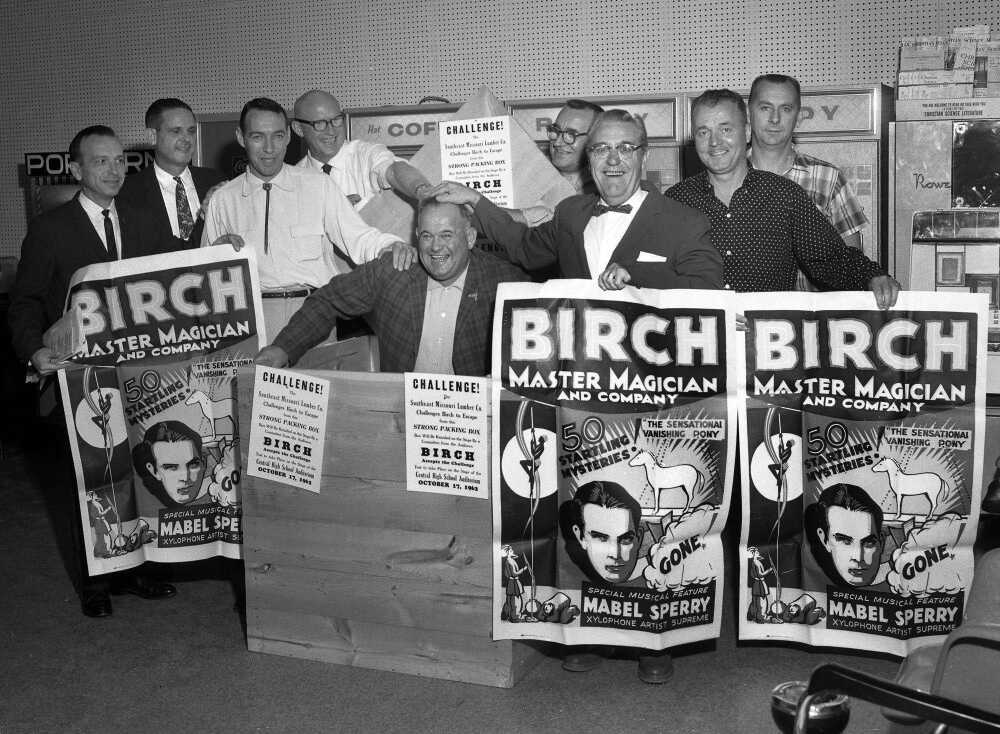 Challenge! The Southeast Missouri Lumber Co. challenges Birch to escape from the strong packing box. Box will be resealed on the stage by a committee from the audience. Birch accepts the challenge.

The Cape Girardeau Kiwanis Club had also sponsored his show in 1947. According to a story in the Southeast Missourian, "the show will feature Princess, the vanishing pony; packing box escape; the silk mirage, canary and mazda lamp, Mabel Sperry, outstanding young xylophonist and other performers. The show comes here with stage settings valued at $20,000."

According to Wikipedia, MacDonald Birch was a headliner for over 50 years, retiring in the 1960s.

We found the story behind the mystery photo of the turkey farm.