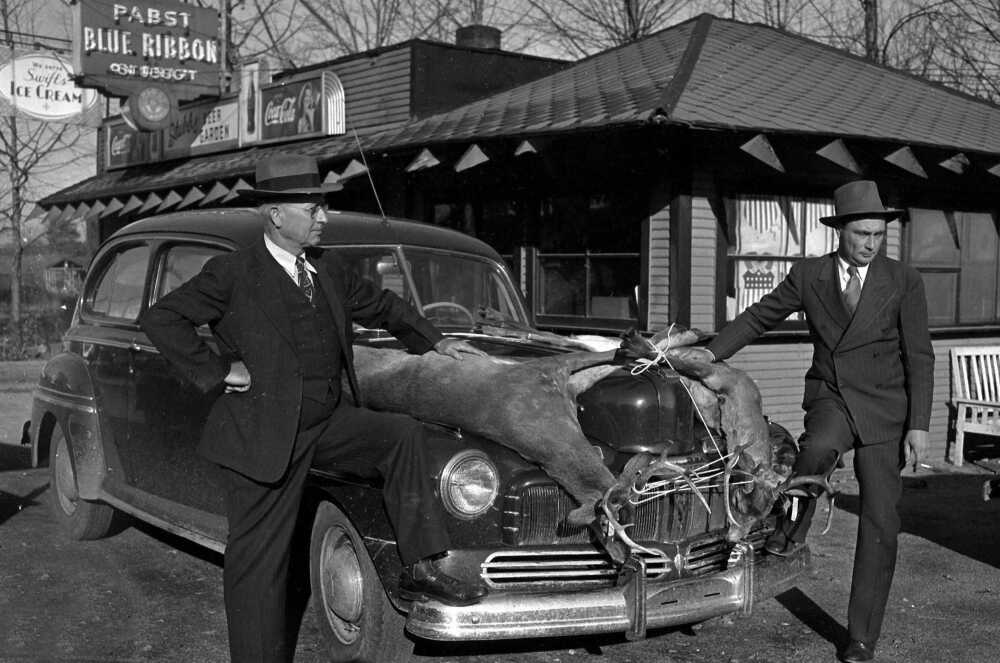 Frony photographed two well-dressed men with two deer on the hood of their car.

The date is unknown but was possibly taken in the 1940s.

The only clue is the sign on the building: Stubbs Beer Garden.

The owners are listed as Thad L. Stubbs and W. H. Stubbs.

Could they be the men in the photo?

The men went hunting and drove home with the deer to change clothes. They called Frony to take a picture of them at Stubbs Beer Garden. Frony sold them a photograph or two. It might not have been published in the newspaper.

Stubbs graduated from Blodgett High School in 1925. The family moved to Cape Girardeau and started Stubbs Root Beer Garden in 1925. After prohibition, the family ran Stubbs' Beer Garden from June 30, 1931, to June 30, 1974.