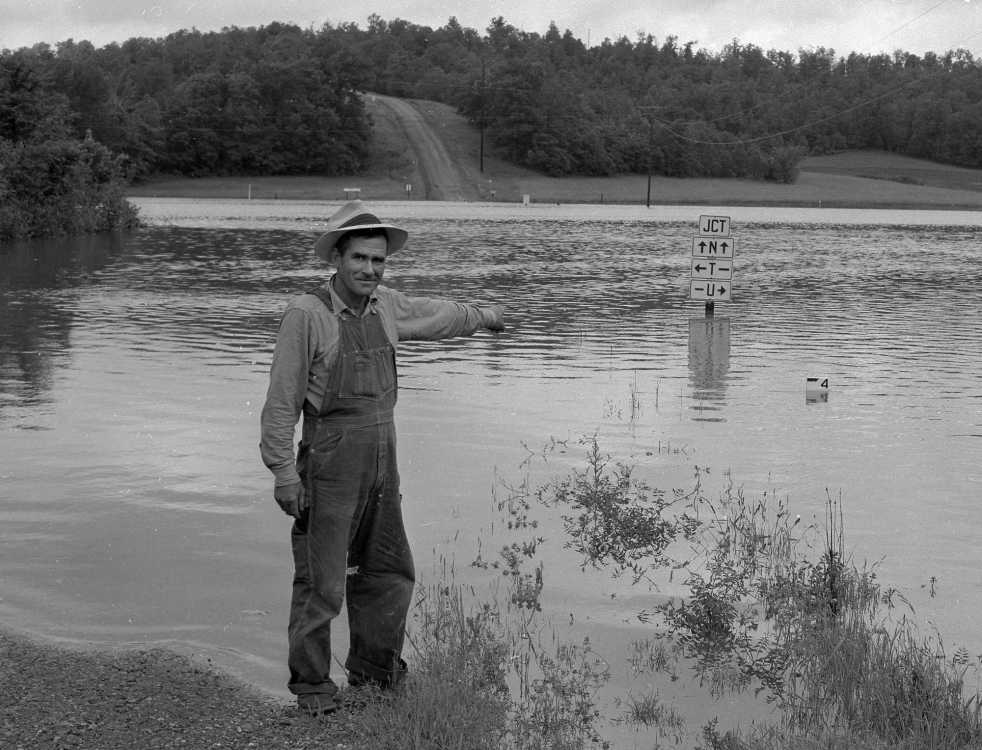 We found this picture was published on May 23, 1957 of floodwaters from the Little River Diversion Channel covering Route N at the junction of Routes U and T between Delta and Leopold.

Blocked by high water, Alfred Leggett went to Delta Wednesday and during the time the heavy rain swept the district. He was unable to return to his home on Route T east of the Little River Diversion Channel. Here, he points to a gauge reading nearly 4 feet of water on Route N, whose junction with Route T is across the stream in the background. A few hours later the stream was much higher.

We found the story behind a previous mystery photo of apple butter making.

We also found the photo of city crews collecting leaves was published Nov. 8, 1960.