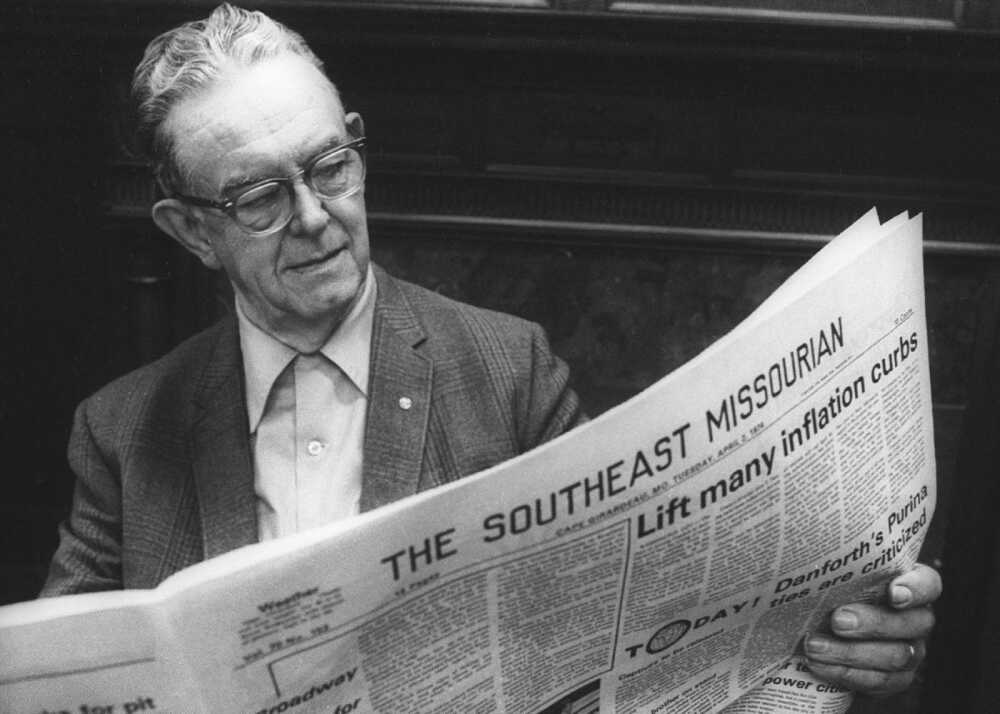 Garland D. Fronabarger began his career at the Southeast Missourian in 1927 as a general news reporter. He had earned a degree in journalism from the University of Missouri from 1926-27.

Local photographs were seldom used at the time, so Frony reported on crime, sports, county fairs, floods and anything else that was happening. When the "photo bug" bit him in the mid-1930s, he became the newspaper's first staff photographer.

He took thousands of pictures over the decades, most of them with a 4x5 Speed Graphic. In 1964 he began a business column, the Metro Report, at The Missourian. He retired in 1986.