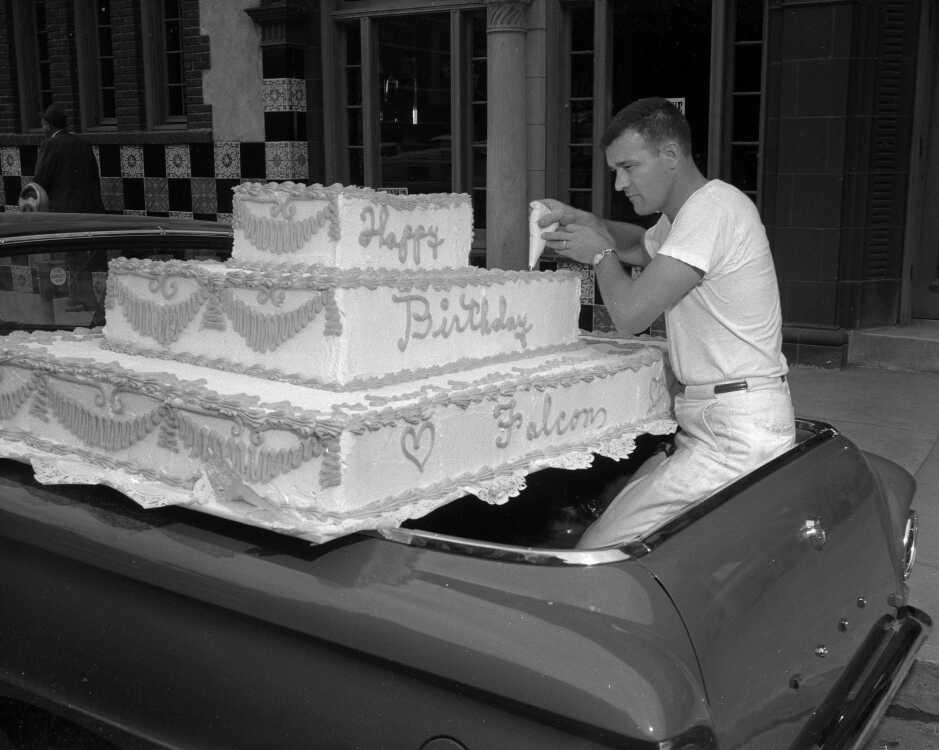 Bill Hampton of Hampton Bakery is delivering a birthday cake in the back of a 1961 Ford Falcon Ranchero. He stopped in front of the Southeast Missourian building where Frony took his picture with the cake that wishes the Ford Falcon a happy birthday. We don't know the details of the celebration. The local Ford dealer may have been involved.

It appears he found a spot on the cake that needed finishing, at least for Frony.

Hampton purchased the former Burger Bakery, 1029 Broadway, in 1954, where he was a former employee for six years.

The recent mystery photo of the winding road by G.D. Fronabarger was published in the Oct. 12, 1961 edition of the Southeast Missourian. It is not Snake Hill, nor the hill near Cape Rock Park.

The winding road is located at Trail of Tears State Park "where underbrush has been cut to provide better vistas of the park's scenic landscape."

The photo was published with a story, "Many Weekend Visitors Expected to View Trees." Trail of Tears Park, southeast Missouri's outdoor theater of nature, has started act one of its annual Fall show of color.

A comment by rockytop10 correctly identified the location of the road.

Here is the blog with added information from the 1961 story.