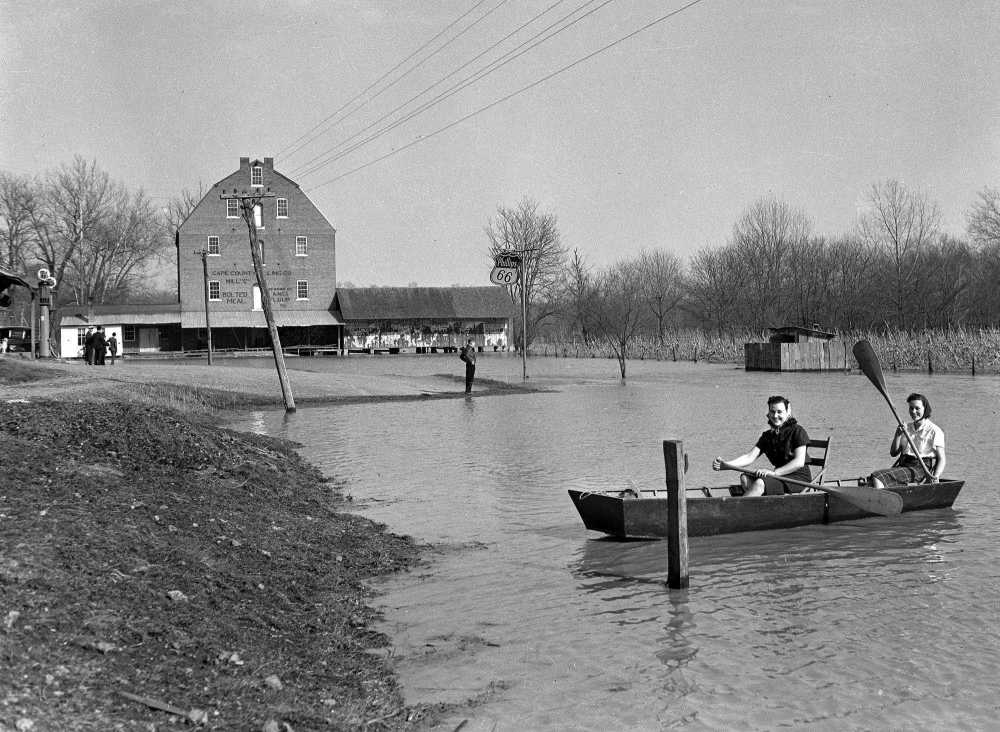 G.D. Fronabarger shot this picture of flooding from the Whitewater River at Burfordville, Mo. in front of the Bollinger Mill. The people in the boat and the date are unknown. It might have been in the 1940s according to an old car on the far left behind a Phillips 66 gas station. Cape County Milling Co. is painted on the mill. An outhouse behind the boat appears flooded.

Is anyone interested in owning a 13-acre chunk of Missouri history?

If so, the 13 acres are available, along with an old mill and a dam over which is one of the few covered bridges left in Missouri. The site, of course, is at Burfordville and the property is owned at present by the former Cape County Milling Co.

Built by Maj. George Frederick Bollinger, who later was to serve during the War of 1812 with the 4th Regiment, County of Cape Girardeau, in a period estimated as being from 1799 to 1803, the mill still has in it an original doorstone with the date 1799 written on it.

The town, in which it is situated now known as Burfordville, at that time was called Bollinger's Mill.

Maj. Bollinger was prominent in this section and served in the first territorial Legislature, which met in October, 1812. A presidential elector on the Jackson ticket in 1836, he continued to be politically important until his death in 1842 or 1843. It is said that Fredericktown was named for him and, presumably, he gave his name to what is now Bollinger County.