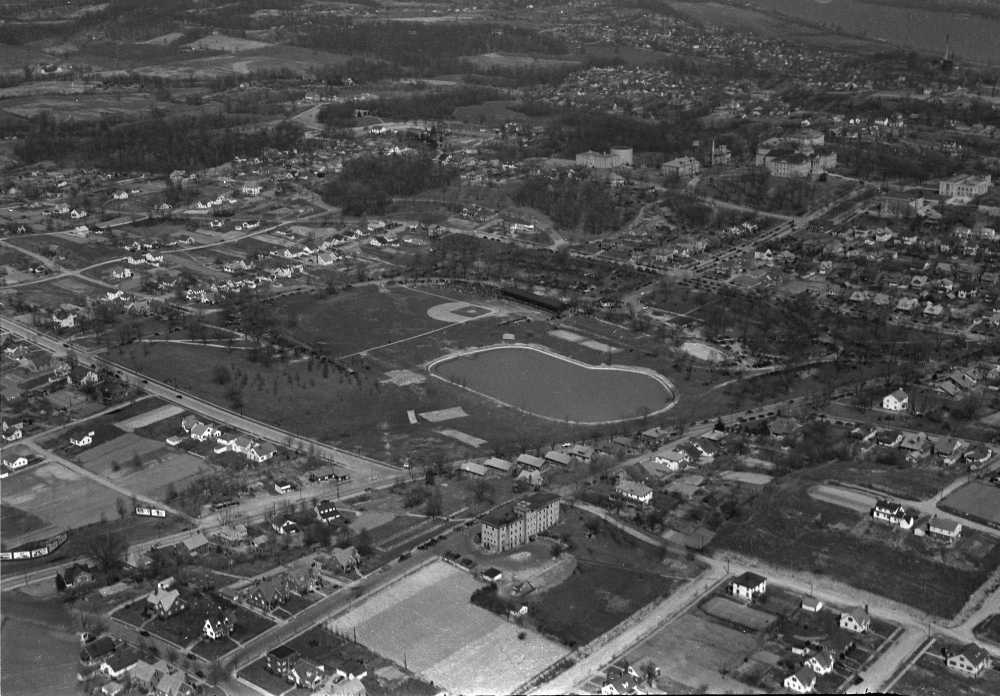 G.D. Fronabarger made this aerial photograph of Capaha Park sometime in the middle or late 1940s. Originally named Fairground Park, it was renamed in 1948. Looking at details on the ground, we find several points of interest. To see them better, click the following link:

Close up sections of this photograph are together here.

There is a crowd in the grandstand watching a baseball game. Automobiles are parked along the nearby streets and in the park, even on the grass near the outfield.

The St. Louis Browns played baseball there for spring training in 1943-45. Here is a previous blog about the Browns in Cape Girardeau.

The lagoon is in the center, two tennis courts above it and the original oval swimming pool is to the right. Here is a previous blog about the pool.

Billboards are seen along Broadway in the lower left corner.

Southeast Missouri Hospital is in the lower center area. (The first addition was in 1956.)

Southeast Missouri State College is in the upper right corner.