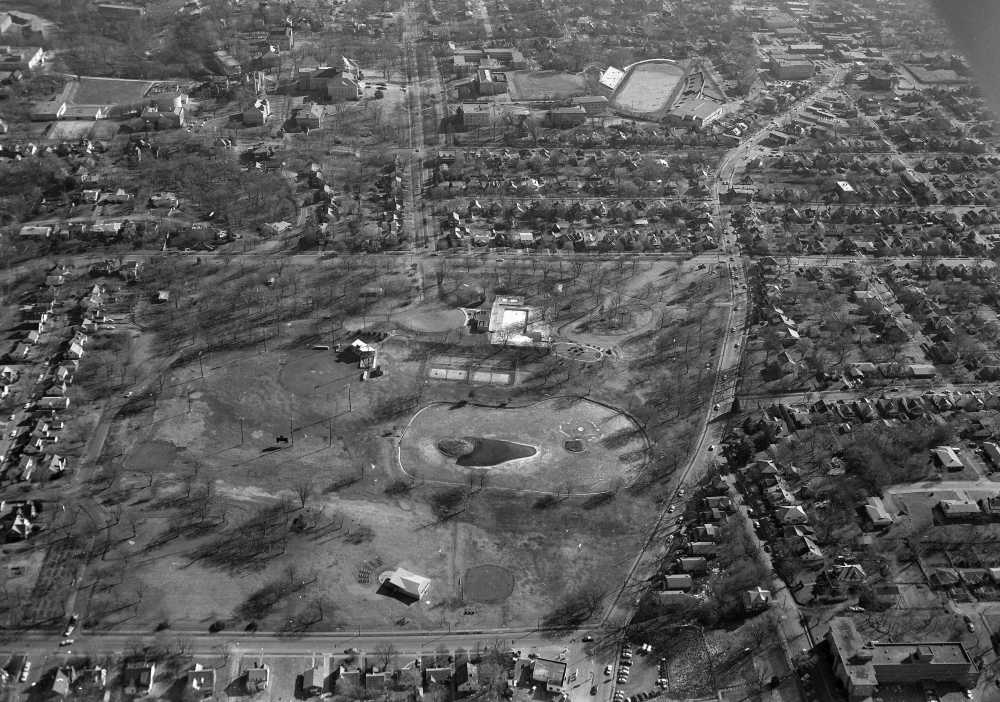 G.D. Fronabarger took lots of aerial photographs over the Cape Girardeau area. This one is looking east over Capaha Park.

Close up sections of this photograph are together here.

The former oval swimming pool can be seen after it was converted to a formal garden.

Capaha Lagoon was dredged in 1962.

The new swimming pool opened in 1957.

The double slide was still there at Normal and West End Boulevard.