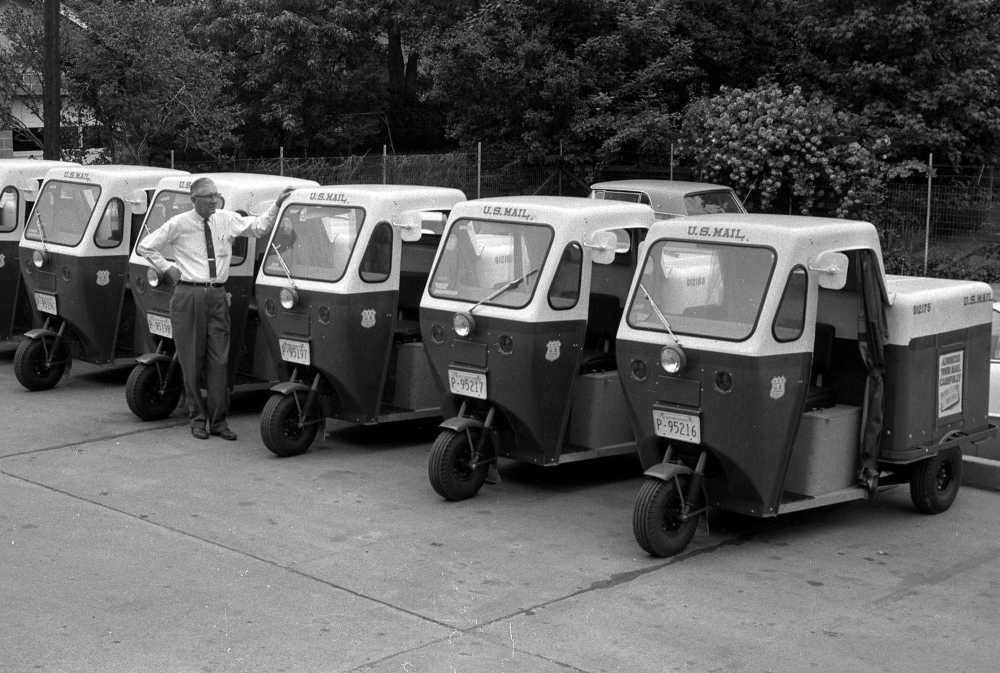 Postmaster Ted R. Regenhardt stands by the fleet of sleek, three-wheeled mailsters which arrived this week for use in city mail and parcel post delivery. Nine motorized mail carts will go into service soon on as many routes. Some changes will be necessary in routing of mail to take advantage of them, Mr. Regenhardt said. The three-wheel vehicles have proved efficient in cities across the country. (Photo by G.D. Fronabarger)

According to the National Postal Museum website, the mailsters proved impractical for letter carriers to use. By the 1960s, the three-wheeled vehicles comprised almost one-third of the postal service's fleet of vehicles. They were hard to handle, breakdowns were common and they were considered risky to drive by the letter carriers.