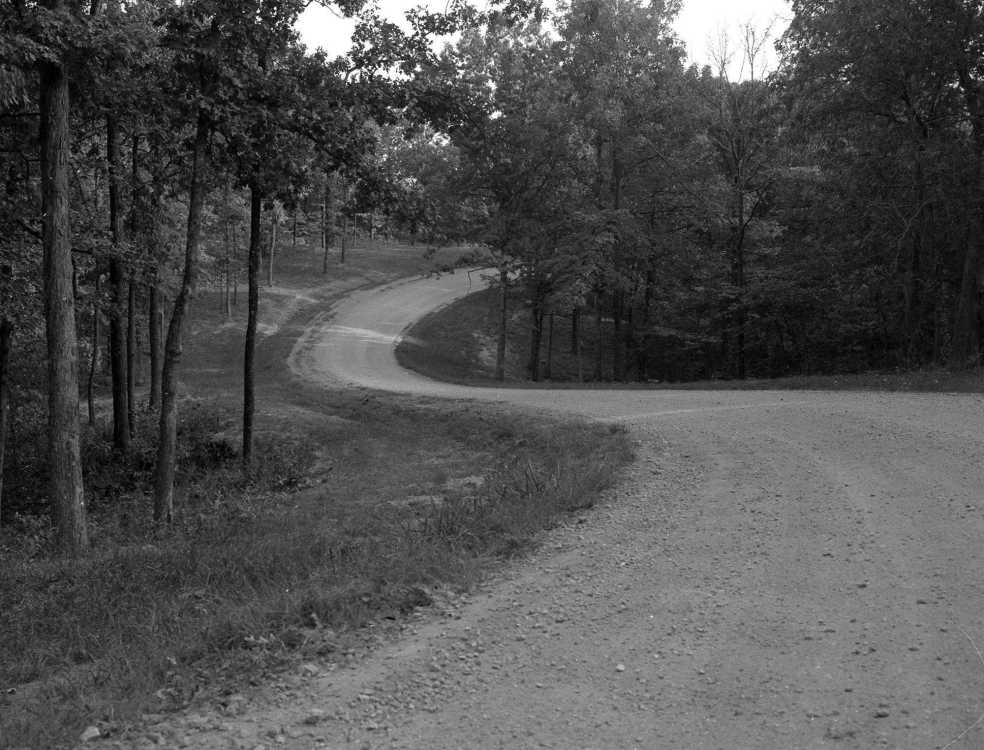 This mystery photo is solved. We found the picture by G.D. Fronabarger was published in the Oct. 12, 1961 edition of the Southeast Missourian.

It is not Snake Hill, nor the hill near Cape Rock Park.

It is a winding road at Trail of Tears State Park "where underbrush has been cut to provide better vistas of the park's scenic landscape."

The photo was published with a story, "Many Weekend Visitors Expected to View Trees." Trail of Tears Park, southeast Missouri's outdoor theater of nature, has started act one of its annual Fall show of color.

Another photo showed grading taking place near a high riverside bluff "where a dining lodge, and probably a motel, will be built in future years."

In the future is the proposed lodge and motel, to be constructed at a site about 1.8 miles north of the lake on the Lake Road. The buildings will be situated on the same high ground that affords the view across the river valley.

Clarence Schilling, park superintendent, thinks that it will be at least three to four years before the lodge and motel become a reality. He said the park board will probably build the facilities and lease them to a private individual on a share-the-profit basis. This is the way it's done in other state parks, he said.

Right now, workmen are grading and leveling the land at the proposed site for a parking area. Supt. Schilling said he didn't know how big the lodge and motel would be, but they would be built along very modern lines.

Supt. Schilling estimated that over 63,000 visitors had been to the park since the first of the year. Counted were 15, 301 Missouri cars and 2247 out-of-state cars since January.