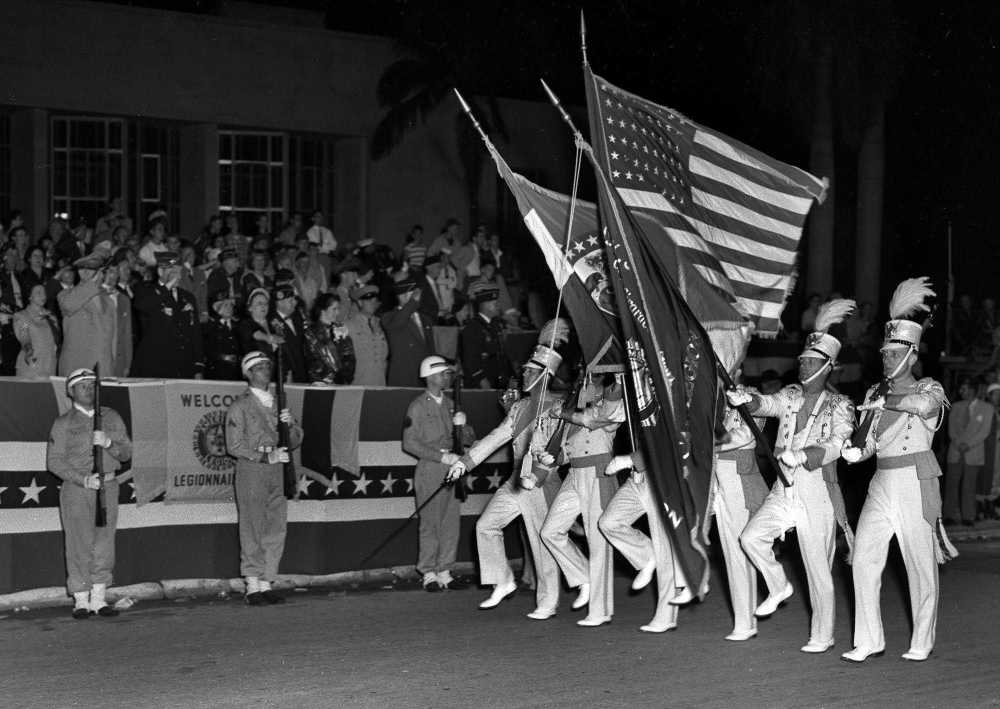 G.D. Fronabarger accompanied the Golden Troopers of the Louis K. Juden Post American Legion on a five-day trip to Miami, Fla. in October 1951. During the trip, the Cape Girardeau drum and bugle corps marched past Gen. Douglas McArthur, who is shown in the gray suit at left saluting as the colors pass. The 65-member group participated in the national drum and bugle corps contest.

As the Golden Troopers march before the reviewing box in the parade at the American Legion convention in Miami, Fla., this week, Gen. Douglas MacArthur salutes the passing colors. A moment later he waved a friendly greeting to the Cape Girardeau drum and bugle corps.

Excerpt from May 2, 1984 Southeast Missourian:

The Golden Troopers, named for their golden uniforms, were formed in 1928 and continued in existence through 1939. They were disbanded in 1940, as World War II loomed, then were revived in 1949 and continued through 1953.

On eight different occasions the corps won the Missouri American Legion drum and bugle corps championship. It participated in numerous national Legion contests, its highest rank coming in 1950 when the corps was fifth nationally at Los Angeles.