'Route 66' TV star gets his kicks in Cape 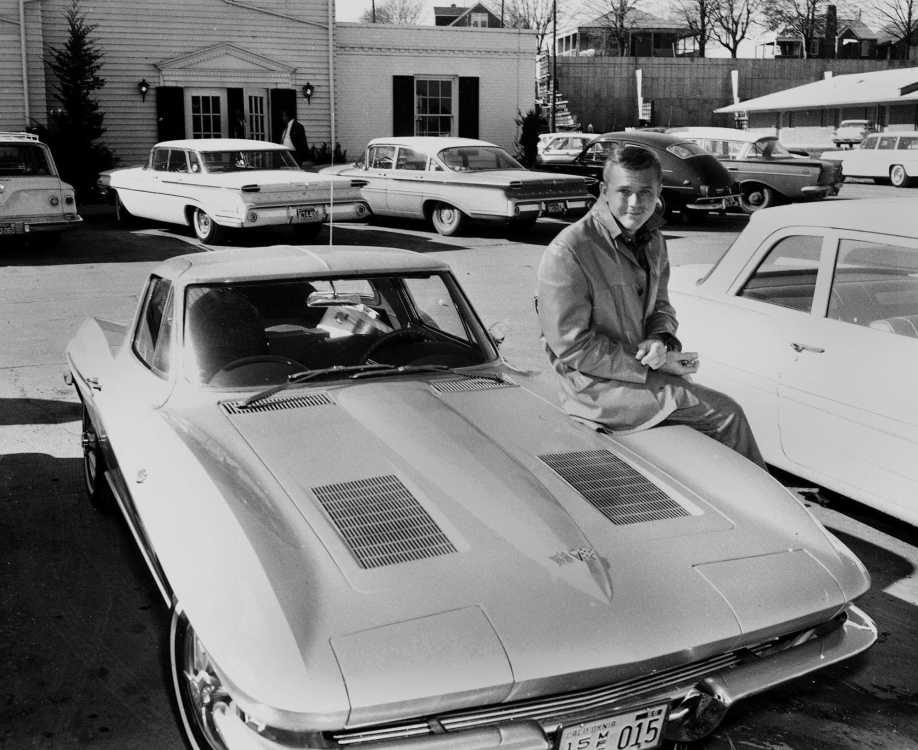 Frony had a brush with fame in 1962 after learning that some of the "Route 66" television show crew were in Cape Girardeau for lunch.

Martin Milner, star of the television series "Route 66," stopped in Cape Girardeau briefly Tuesday to eat lunch at the Colonial Restaurant. He and eight members of his traveling party were all driving sleek sports cars similar to the one Mr. Milner was sitting on and drove off moments after the picture was taken. The other star of the series, George Maharis, who plays "Buz," also stopped here later in the day with the majority of crew members and actors traveling by bus. The adventure series will film a program soon at Memphis after shooting at St. Louis.

It looks like the car is a 1963 Chevy Corvette Stingray. "Route 66" was sponsored by Chevrolet and featured new Corvettes each year. In the show, Martin Milner played Yale graduate Tod Stiles. After his wealthy father dies, Stiles ends up with one possession, a powder blue Chevrolet Corvette. He meets up with Buz Murdoch and the two hit the road in search of adventure. The show's sponsor provided a new car for Tod and Buz to drive each year without explanation of how they got it.