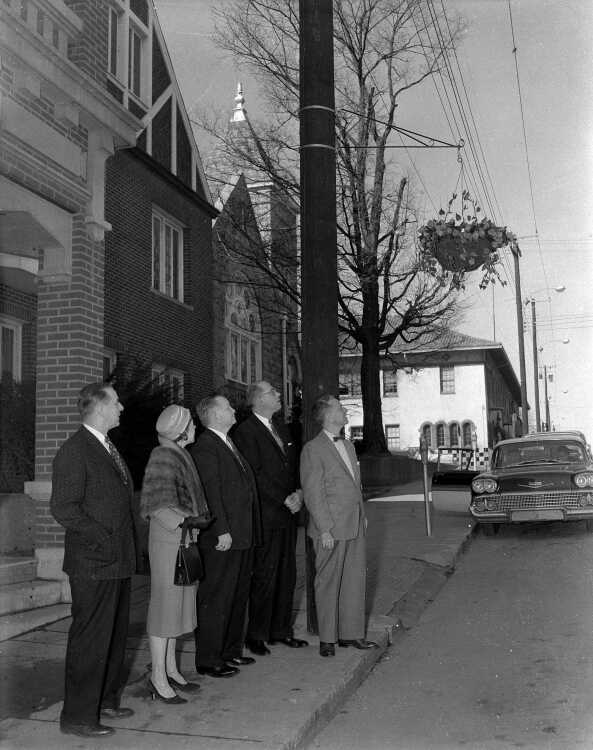 We believe G.D. Fronabarger took this picture after the following story was published in the Southeast Missourian on March 28, 1959. We do not know the names of the people. It was taken in front of the Chamber of Commerce building, next to First Presbyterian Church on Broadway.

Baskets of Roses To Go on Poles

Workmen will begin Monday placing the new decorative baskets of red roses along the various business sections and main traffic areas in the city if the weather permits. Fifty baskets have been obtained by the Retail Merchants Association and will be placed on utility poles by employees of the street and park departments.

This initial order is only part of the 125-175 baskets which the association plans to put on display in making the city more attractive. Roses were chosen to fill the baskets because of the fact that Cape Girardeau is known as the City of Roses.

Henry Ochs is chairman of the Retail Merchants Association which has announced that any individual or merchant wishing to order such baskets for their homes or places of business may contact the Chamber of Commerce. Their order will be included with the order of the association. The financial support of civic and service organizations is also being asked, it was announced. The baskets will be put up each year in time for Easter and remain up until Labor Day.