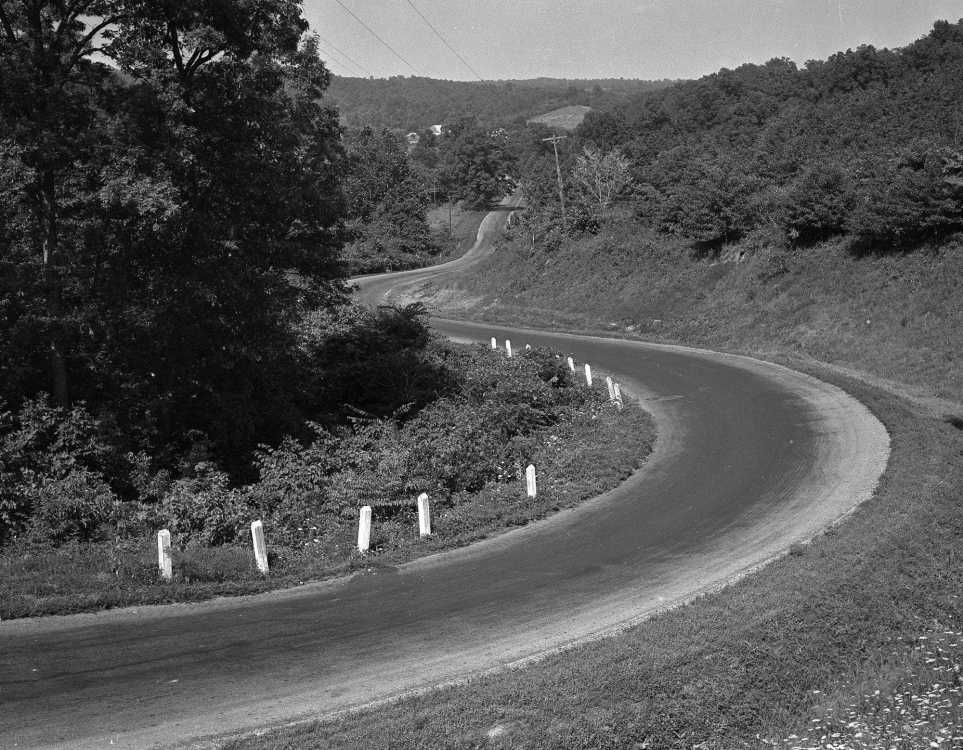 The Southeast Missourian's Achievement Edition of Jan. 31, 1948 published this picture by G.D. Fronabarger of Cape Rock Drive along with a story. The winding section came to be known as Snake Hill. Part of it has since been straightened.

Cape Rock Drive extends around the northern limits of Cape Girardeau to Cape Rock Park, a distance of about 7 miles.

Cape Township Road District, directed by engineer Dennis M. Scivally, has gradually developed this winding, hilly, boulevard of unusual natural attractiveness. What it has cost, how it got started, how it has been planted with hundreds of choice trees and shrubs no one seems to know, excepting Mr. Scivally, and he never says much.

However, it is said to be the only stretch of boulevard built in Missouri in many years, and it is certain that whatever it has cost in labor and money has never taken anything from the township road construction program.

Gradually Cape Rock Drive is filling up with beautiful trees and shrubbery. Dogwoods, both native and pink by the dozens, swamp holly and sumacs by the dozens, pines and native cypress by the dozens fill numerous roadside spaces, while in the hills small pines by the hundreds have been planted and are beginning to show themselves.

A rose fence about 2000 feet long was a most beautiful attraction last spring, and there were groupings of roses at other places. "Keep your eye on Cape Rock Drive," Mr. Scivally remarked.

The flood of early 1937 did considerable damage to the planting from Twin Trees Park to Cape Rock and it will be up to the friends of such community beautification to aid Mr. Scivally in replacing it.

No outing point in southern Missouri is more popular than the Dennis Scivally park, it being kept busy from spring to fall with breakfast, dinner and supper parties. And Twin Trees Park is also popular.

Here is a previous blog about Snake Hill.

Here is a previous blog about Dennis Scivally Park.