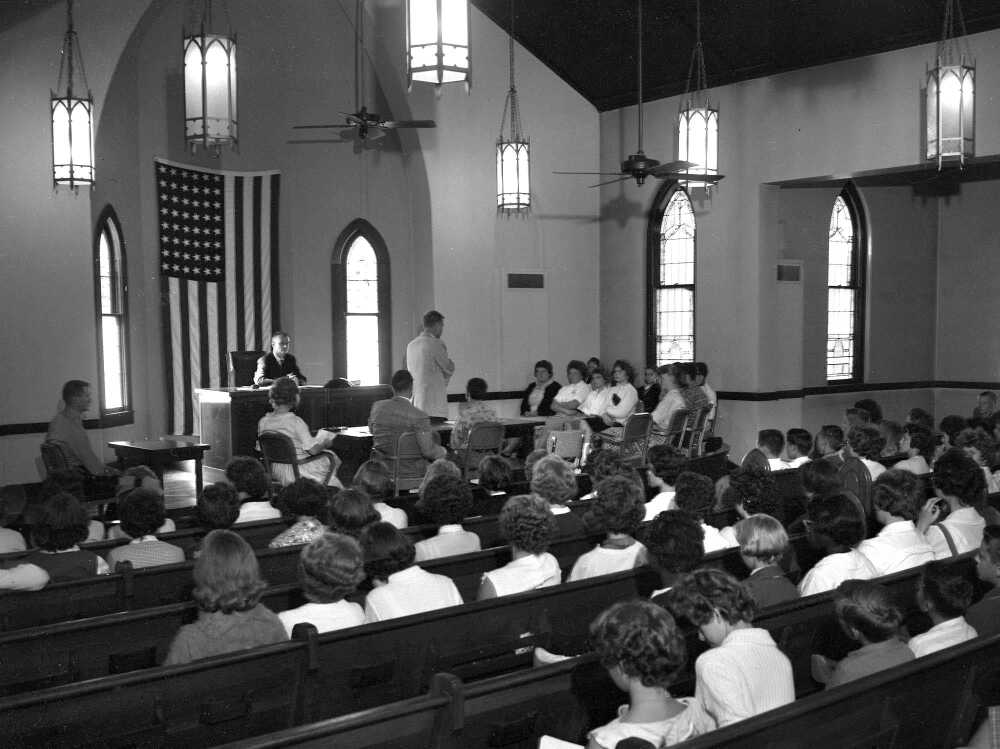 Kiwanis Club members gave their time Thursday taking several hundred school pupils over the city, visiting industries, commercial establishments and observing the operation of the varied phases of city government. One feature of Kids' Day was a mock trial at the City Court room, where youngsters took turns sitting as "jurors" during the trials and club members and attorneys gave their time to acquaint the youngsters with City Court procedure. William S. Rader is sitting as the judge.

Cape Girardeau's municipal courtroom was located in the sanctuary of the former Grace United Methodist Church, Independence and Sprigg streets.

The city police station moved into the former church building in 1960.

The police station had moved from the old Fire Station No. 1 at Independence and Frederick streets. That building was erected in 1909.

When the new police headquarters was built across the street, opening in 1976, the city court moved to Common Pleas Courthouse. The old church building was demolished and a new Fire Station No. 1 was constructed on the site.