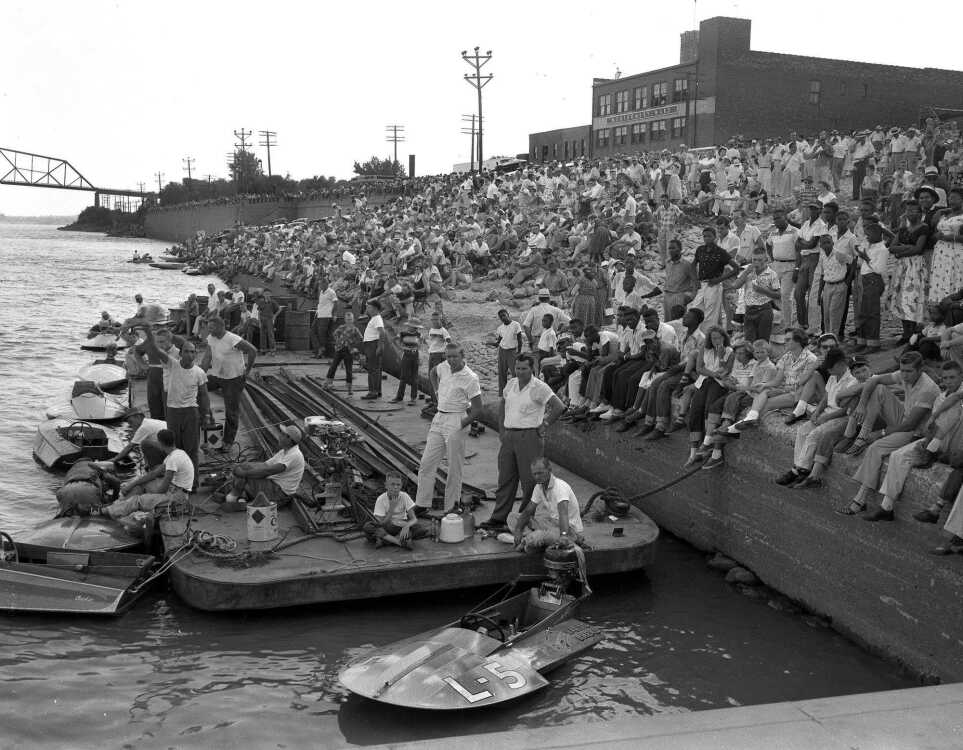 A part of the thousands who lined the waterfront at Cape Girardeau, Mo. Sunday afternoon to witness the Missouri championship motorboat races. The picture looking south from the judges' stand located opposite the foot of Themis Street shows less than half of the crowd. In the foregound is shown one of the barges which served as a pit, out of which the racing boat drivers operated. Although the sun shone warmly, a brisk northern breeze made the temperature, for the most part, quite comfortable. (Photo by G.D. Fronabarger)

From 5000 to 7000 persons lined the riverfront Sunday afternoon to watch the Missouri state championship outboard motorboat races held here under the sponsorship of the Junior Chamber of Commerce.

A warm sun whose heat was dispelled by a steady breeze made the afternoon an almost ideal one for the spectators and stirred up the water enough to cause several spills among the racing craft.

One driver, Ralph Scott of Paducah, Ky., was injured in the first race of the afternoon, but after treatment for a head laceration, was back at the waterfront.

The 12 racing events, including a fishing boat race for local drivers, were participated in by 125 crafts. The total purse for the afternoon came to $1200.