Fire on the baseball field 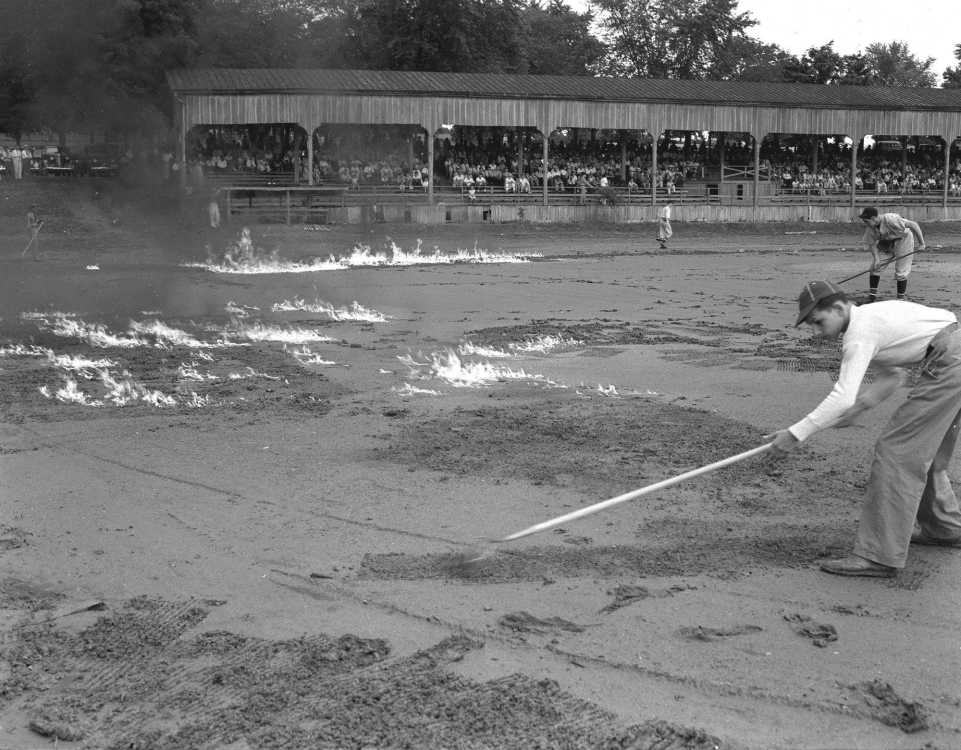 Capahas baseball team members use fire to help dry out the infield at Fairground Park, which later became Capaha Park, in this undated photo by G.D. Fronabarger.

It was probably taken in the 1940s as the grandstand shown was torn down in 1949 in favor of the current grandstand.

It was not unusual at that time to light a wet infield as this story mentions the practice.

Hayti's Indians proved too much for the Capahas as they defeated the Cape club 5-2 Wednesday night at Hayti. R.J. Richardson, Hayti's hurler, blanked the Caps for eight innings before they finally scored two runs in the last.

The Hayti aggregation, composed of players from southeast Missouri as well as other states, jumped on starter Joe Weaver for two runs in the first inning and retained a lead throughout. The loss was the Cap's sixth reverse of the season compared to 17 wins. Weaver's record is now 1-3.

The game was played on a rain-soaked diamond. The infield was quite soft despite efforts to dry the ground by burning gasoline. During the latter portion of the contest a slight drizzle fell, but it did not interrupt the game.

The St. Louis Browns played in Cape Girardeau for spring training in the 1940s.