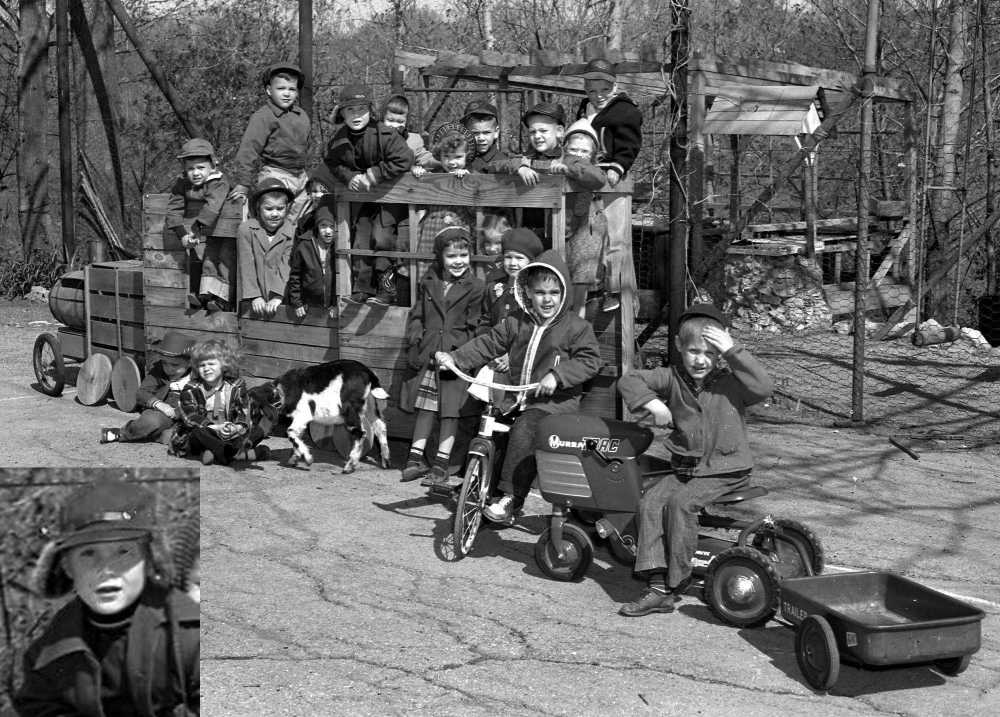 Radio personality Rush Limbaugh grew up in Cape Girardeau. He, like many, can count an encounter with One Shot Frony, who snapped a picture of Limbaugh's kindergarten class that was published in the Southeast Missourian on April 21, 1956. Limbaugh is inset below.

The photo caption leaves some doubt as to the identification order. With so many youngsters, taking notes must have been a daunting task after shooting the photo.

I checked with David Limbaugh, who is two years younger than his brother. He could identify most of the children in the photo and agreed that the order was confusing.

Campus School garden - then and now