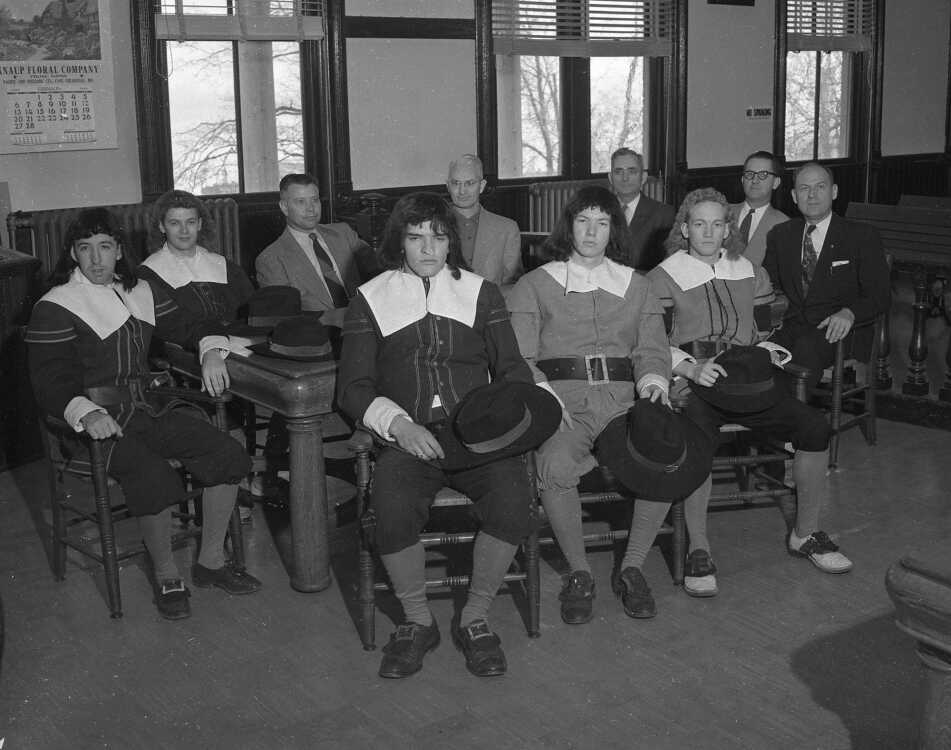 The Southeast Missourian published a gag photo by G.D. Fronabarger on Feb. 8, 1955 which included members of the Cape Girardeau City Council. Here is the caption:

The City Council of Nieuw Amsterdam extended its regards to the City Council of Cape Girardeau Monday afternoon. The bewigged characters in the foreground wanted to find out, among other things, where the city's gallows were located and who was to be hung Tuesday. Seems that in Nieuw Amsterdam they hung someone every Tuesday whether he needed it or not. Pete Stuyvesant liked it that way.

It was all a gag, of course, to call attention to Knickerbocker Holiday, a musical to be presented Thursday and Friday nights at State College auditorium by combined membership of Black Mask and Music Club. Members of the Nieuw Amsterdam council in the production are, from the left, Thom Reeves of St. Louis, Russell Carter, Gary Cooper, Bob Wilcox and Durg Lawson of Cape Girardeau. The slightly bewildered gentlemen behind are Cape Girardeau's City Council, from the left, Commissioners J.W. McBride, Leon McLaughlin and U.G. Pettigreew, City Attorney Gerald B. Rowan and Mayor Narvol A. Randol.