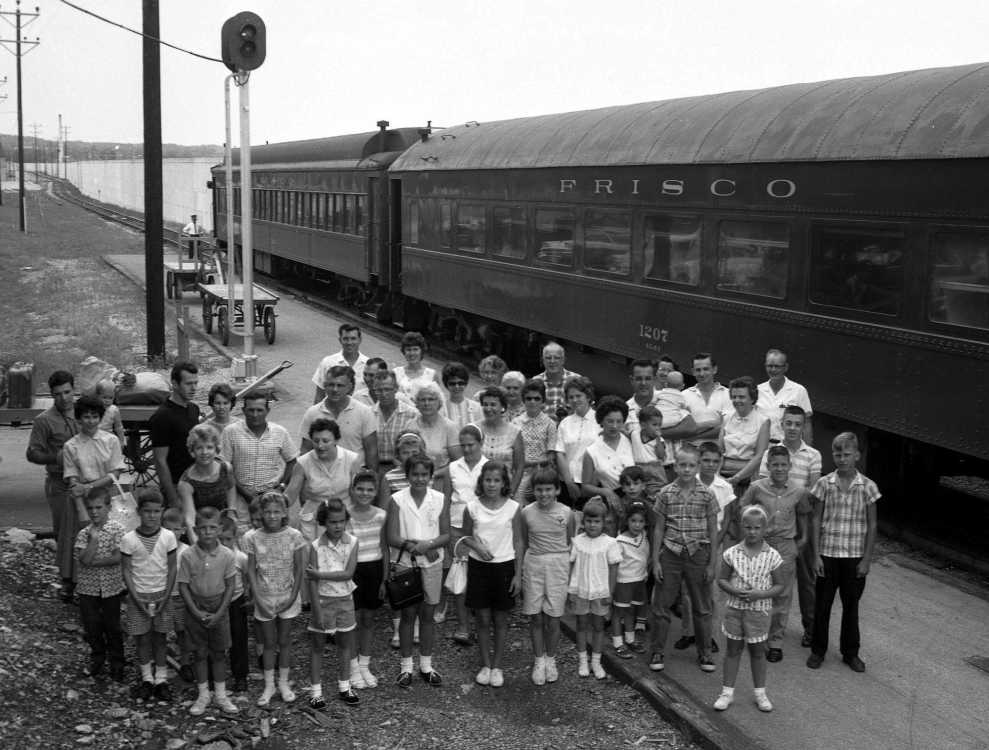 A ride on the Frisco passenger train was a rite of passage for many youngsters in Cape Girardeau during the 1940s, 1950s and 1960s. G.D. Fronabarger took many pictures, though just one of each group, on those occasions that were usually at the end of the school year. The pictures were published in the Southeast Missourian. This group came down from Old Appleton to ride the train.

Groups would board the train at the depot in Cape Girardeau and ride to Chaffee where parents would pick up their children for the ride back home. For some groups, chartered buses would take them back to Cape Girardeau.

Sometimes a northbound train was boarded. A group from Lutheran Parochial School at Frohna, Mo. took a train in 1960 from Cape Girardeau to Wittenberg where parents met them.

Not all train rides were planned in advance. A story published Jan. 5, 1950 in the Southeast Missourian tells about an unexpected train ride for some pupils at St. Mary's School.

Five Chaffee pupils at St. Mary's School here got an unexpected train ride Wednesday afternoon when ice-coated highways forced cancellation of the school bus run which would have returned them to their homes.

Arrangements were made by Julian Pickett, local agent for the Frisco, to hold the train briefly until the pupils could be taken to the station.

The Chaffee pupils, as well as those from the Leopold area, were absent from St. Mary's again today when both bus runs were cancelled because of the slick roads. The bus to Kelso, however, made its usual pick-up of youngsters.

At the school it was reported that 23 pupils were absent today, most of them from the Chaffee-Leopold area.