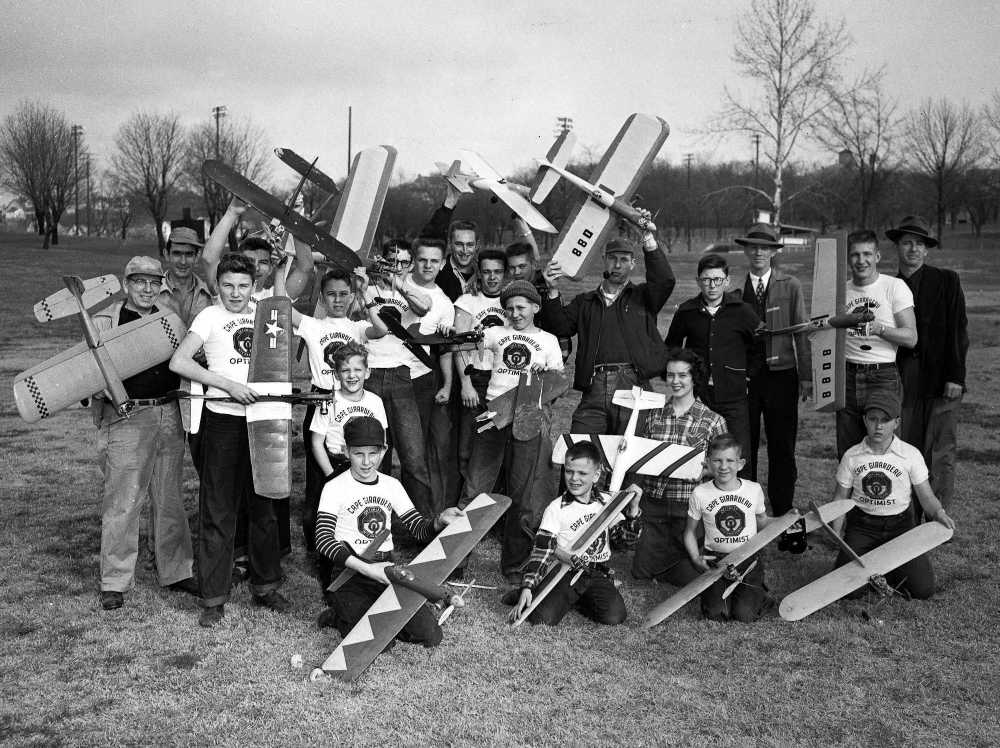 A group of model airplane enthusiasts appear to be ready for competition in this photo by G.D. Fronabarger. Their names and the date are unknown, but the boys are wearing Cape Girardeau Optimist T-shirts.

A story in the June 30, 1950 Southeast Missourian announced a model plane contest built around entries by the Air Scout Patrol of Cape Girardeau which was sponsored by the Optimist Club.

The club sponsored the Ill-Mo-Ky model plane meet on July 9, 1950 in conjunction with local Plymouth automobile dealers at Municipal Airport.

The grand prize was an all-expense trip to the international model airplane meet in Detroit. The local dealers which would pay the expenses of the trip were Goodwin & McDowell Motor Co., Millikan Motor Co. and Harris Motor Co.

The types of model airplanes entered were: those powered by rubber bands, gliders, free flight of gasoline-engine-powered model airplanes without controlling wires, and controlled flight by wires in the hands of the operators.