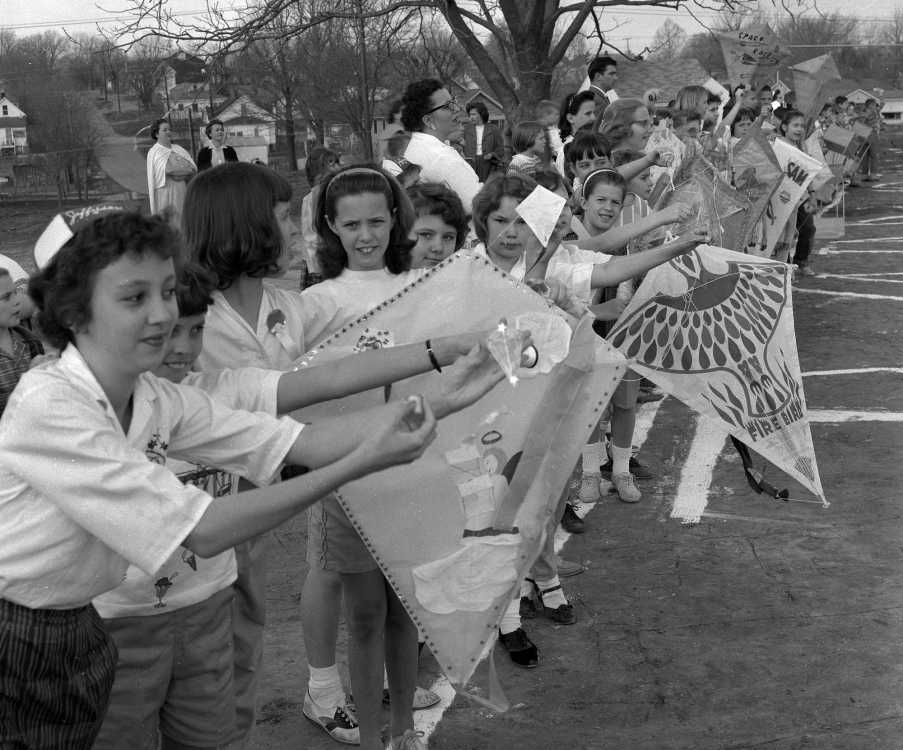 G.D. Fronabarger took this picture at a kite carnival at Jefferson School on April 6, 1962. There was a total of 240 entries. The picture was published the next day in the Southeast Missourian.

This story which describes the school's first kite carnival was published in the Southeast Missourian on April 12, 1958:

Pupils of Jefferson School participated in the first kite carnival to be held at the school on Friday afternoon with nearly 100 kites being flown. The carnival, which will become an annual event, was sponsored by the Jefferson Parent-Teacher Unit.

The classes were divided into three groups and were judged on getting up the highest kite. The winners of the first event with the first and second grades participating were Brenda Estes, Norma Jean Ueleke, Peggy Johnson, first, second and third place, respectively; second event included third and fourth graders, Richard Hahn, Robert Hileman and Tommy Heath; third event, Ronnie Thiele, Beverly Cross and Allen Miller, fifth and sixth graders.

T.J. McFerron, Dallas Gladish and Ernest Johnson judged the events and Miss Alma Schrader, former principal of May Greene who initiated the kite carnival at that school, was a special guest.