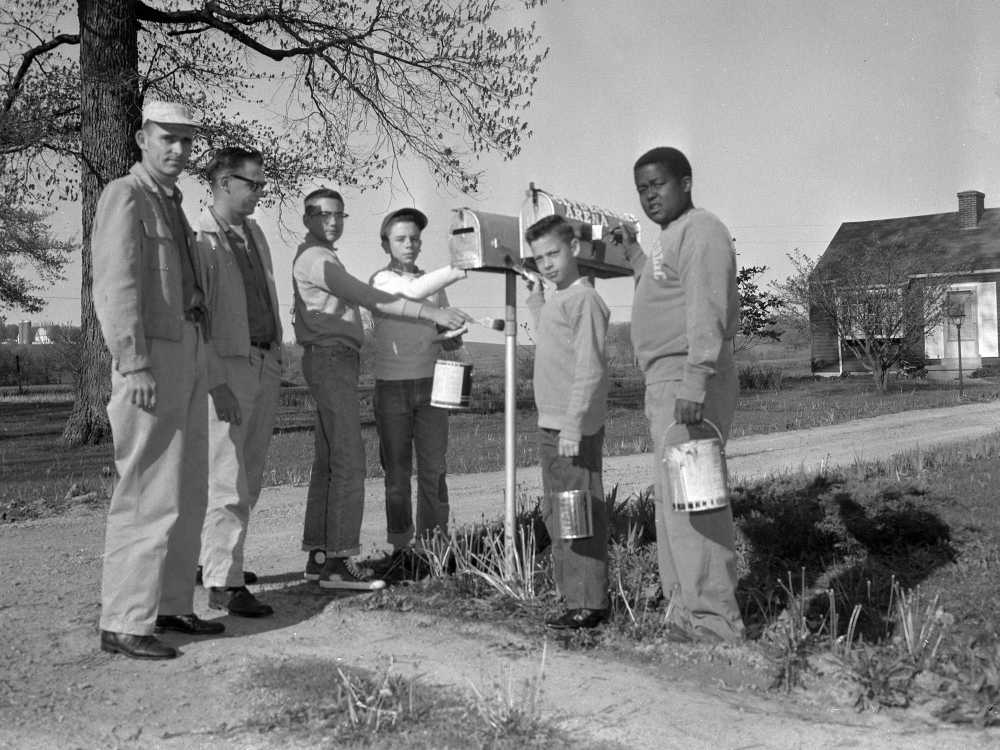 The call for the annual Cape Girardeau community paint-up and clean-up campaign was answered in force by youngsters who worked under supervision of the Junior Chamber of Commerce. The youths painted rural mail boxes in the city, and starting out, from the left, are Bill and Jim Kuss, co-chairmen of the campaign for the Jaycees; Kenny Steinhoff, Joe Snell, Ronnie Brockmire and Herbert Bedell. (Photo by G.D. Fronabarger)

In my capacity of chairman of the Chamber of Commerce 1961 Clean-Up, Paint-Up, Fix-Up and Beautify campaign, I have been more than pleased with the response to date.

The schools have turned in some unusually good posters which will be used in publicity of the campaign.

The Boy Scouts and Jaycees have painted over 500 mail boxes and are planning on another work day to complete the job.

The city is making plans to get the trash hauled away on May 8 and 9.

A visit to any garden center will show that Cape Girardeau property owners are planting at a record rate. Several citizens have reported that all property in the block where they live has already been cleaned up. Many owners are ready for the trash to be hauled away. Painting is very much in evidence. We are off to a good start.

The community development committee of the Chamber of Commerce is urging every citizen to do his or her part in making 1961 the cleanest yet. With our favorable and widespread reputation for cleanliness and beauty, we must be at our best to justify the good press and publicity that we have received...and bring still more recognition to Cape Girardeau.

Five years after posing in this picture, Ken Steinhoff would be working with Frony as a reporter and photographer at the Southeast Missourian.