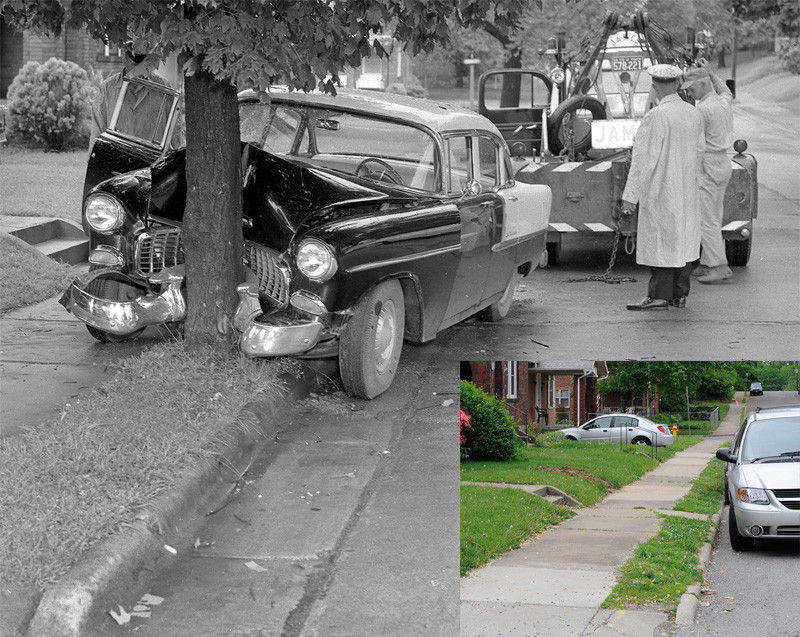 Our librarian, Sharon Sanders, found the details on this previous mystery photo.

A 1955 Chevrolet Bel Air crashed into a tree in the 1000 block of Themis street in Cape Girardeau. James Wrecker responded to the scene, as did G.D. Fronabarger with his camera. The recent inset photo shows the location at 1009 Themis Street.

Two Cape youths were injured in a traffic accident in the 1000 block of Themis today.

Christoff was the driver of a 1955 four-door car traveling east on Themis, police said. Apparently the automobile went out of control and struck a tree on the south side of the street in front of 1000 Themis. The entire front of the car was demolished to the extent of $1200.