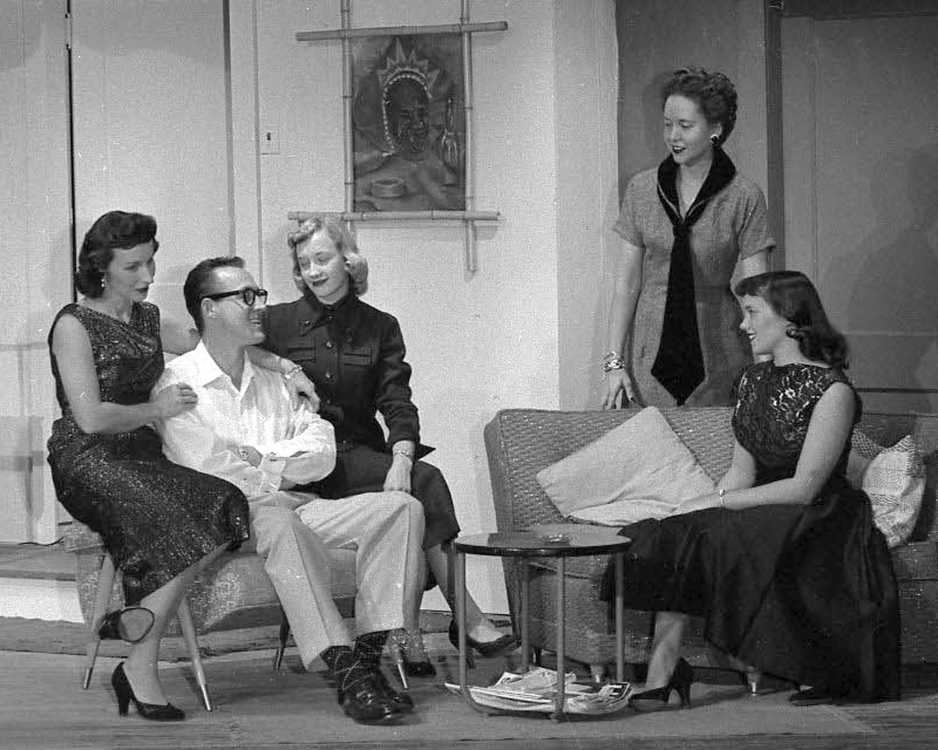 The Cape Girardeau Community Theater was organized in 1951. This story appeared in the Southeast Missourian, Jan. 9, 1951:

Drama patrons to meet on Thursday

Time for the open meeting of the Cape Girardeau Community Theater has been set at 7:30 Thursday evening at Central High School. M.G. Lorberg Jr., temporary chairman, states that the meeting is open to all townspeople interested in dramatics.

Purpose of the organization, which is still more or less in an embryo stage, is to work with plays for more fun. Anyone who has dabbled in dramatics in high school or college, or has wanted to see what "the theater" is all about, is eligible to join.

Students enrolled at State College, because of the opportunities for stage experience there, are excluded, however, it was said.

Chairman Lorberg has appointed the nucleus of a constitutional committee, with vacancies to be filled later. Serving now are Ray Burneson, Mrs. Jo Ann Stevenson and Miss Hattie Eicholtz. Later, too, a permanent slate of officers will be elected, and a director for the first production chosen.

Although the Cape Girardeau Community Theater is not connected with State College, the administration is cooperating by granting permission for use of the Little Theater.

At its first meeting, held Thursday evening at the home of Mrs. A.L. Warwick, the executive board of the Cape Girardeau Community Theater drew lots to determine the terms of office for its members, elected officers, and then discussed future plans for the organization.

Mr. Lorberg, who has served as temporary chairman of the Community Theater since its organization last winter, was elected chairman. Mr. Rauh was elected to the vice-chairman's post, Mrs. Warwick will serve as secretary, and Miss Crow is treasurer.

Date for the next meeting was set for May 10, at 7:30, at Central High School. At that time, the executive board will present to the membership recommendations for future activities.

Its treasury of somewhat more than $100 was donated 10 years later to the Cape Girardeau Public Library.

Mrs. Robert Stiegemeyer, president of the library board, accepted the money on the library's behalf. Miss Judith Ann Crow made the presentation. It was explained that the money is to be used "for materials which would significantly augment the library's drama collection."

Minutes of the meeting at which the fund-disposition decision was made were read to the group; they pointed out that the money had been "earned from the community and should be returned to the community in some meaningful form which might at the same time provide lasting recognition of the place Community Theater has held in community life."

Mrs. Milburn Metje pointed out that Community Theater, and the interest it and other groups helped engender, are still reflected in the Chamber of Commerce allied arts committee.

Some of the productions by the group included "The Twelfth Disciple," "No, No, A Thousand Times No," "A Night in the Country," "Sabrina Fair," "Morning's at Seven," and "Gold in the Hills."

Don Said It Would