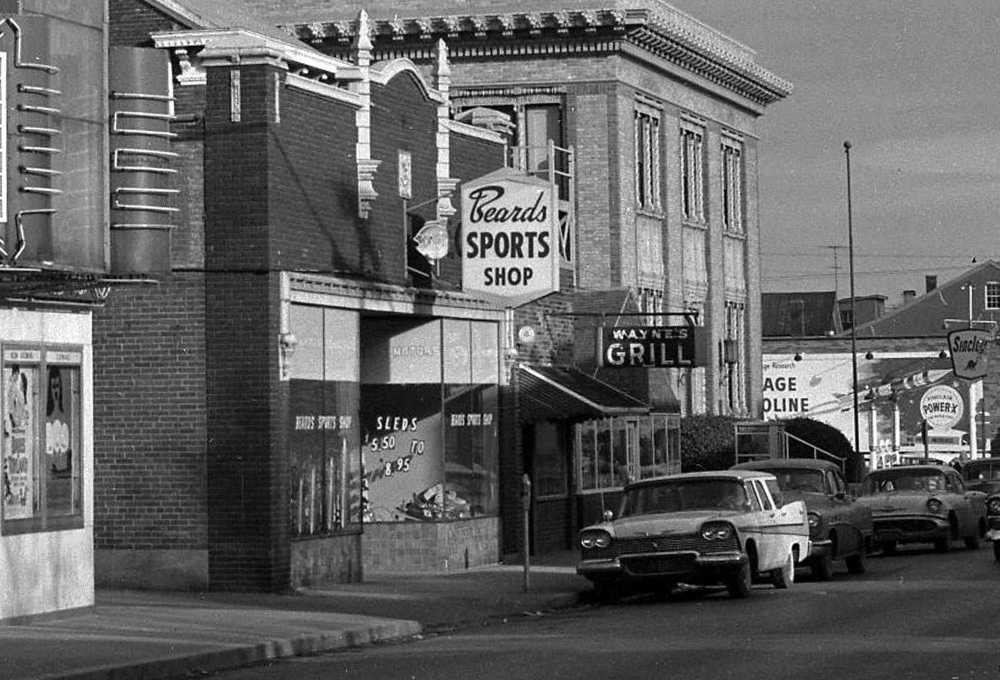 Beard's Sports Shop, 818 Broadway, and Wayne's Grill, 816 Broadway, are shown in this picture taken by G.D. Fronabarger in December, 1961.

Nearby buildings are the Esquire Theatre, 824 Broadway, and Southwestern Bell on the corner. Hartford Hill operated a gift shop at 814 Broadway next to Wayne's Grill.

Southwestern Bell would expand the building in 1964.

Prior to the building expansion, Wayne's Grill moved to the former Mrs. Miller's Cafe, 828 Broadway, next to the Pla-Mor.

Beard's Sports Shop moved across the street to 811 Broadway, according to a 1965 city directory.

The 1974 directory lists Weber TV & Appliance. That business filled the building into the new century.

Grace Cafe occupied the building later until it closed in late 2008.

In 2020, the building is Broadway Biergarten.