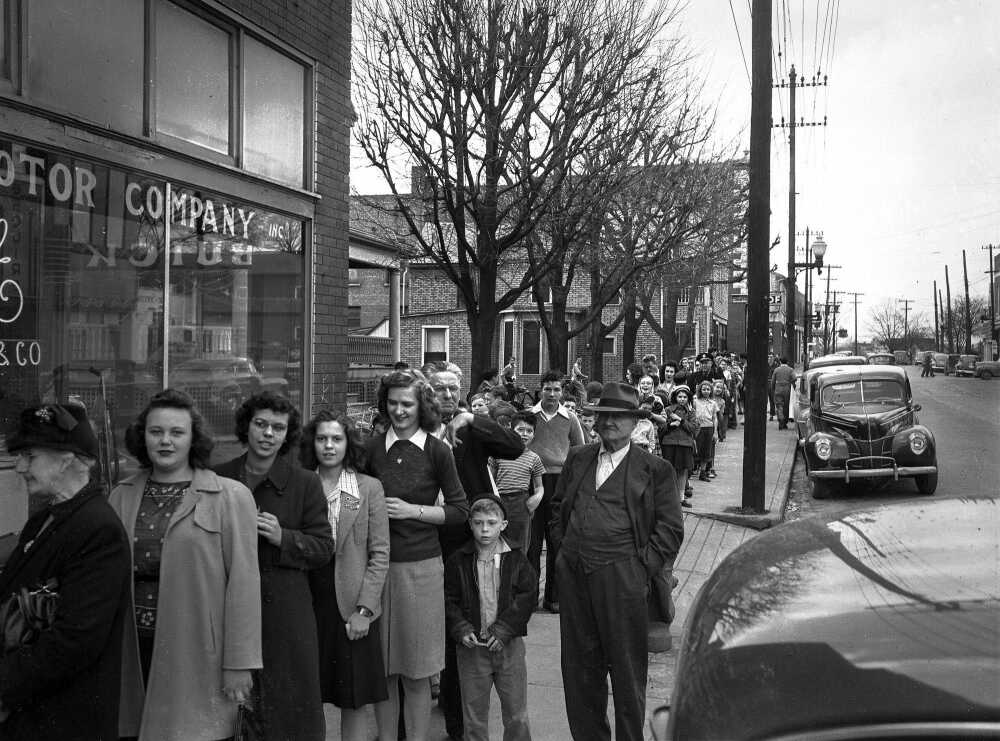 Lions Club members in Cape Girardeau have been flipping flapjacks since 1939.

Here is the scene on Broadway as published in the Southeast Missourian, April 3, 1947:

Waiting for pancakes was a pastime indulged in by many Girardeans Wednesday who stood in line in order to sample the products turned out by the Lions Club during their ninth annual Pancake Day. The photograph was taken at the height of the noon rush hour in front of the Millikan Motor Co. salesroom, where the event was held. Several times during the day the waiting line extended out Broadway for the length of the block. Tabulation revealed that 632 servings were made, including 340 which were paid for at the door. Nearly 4300 tickets were sold in advance, it was reported, making the total sale close to 4800. As a result, the Lions will realize approximately $1200, from which expenses will be deducted. The final amount will be a relief fund. (Photo by G.D. Fronabarger)