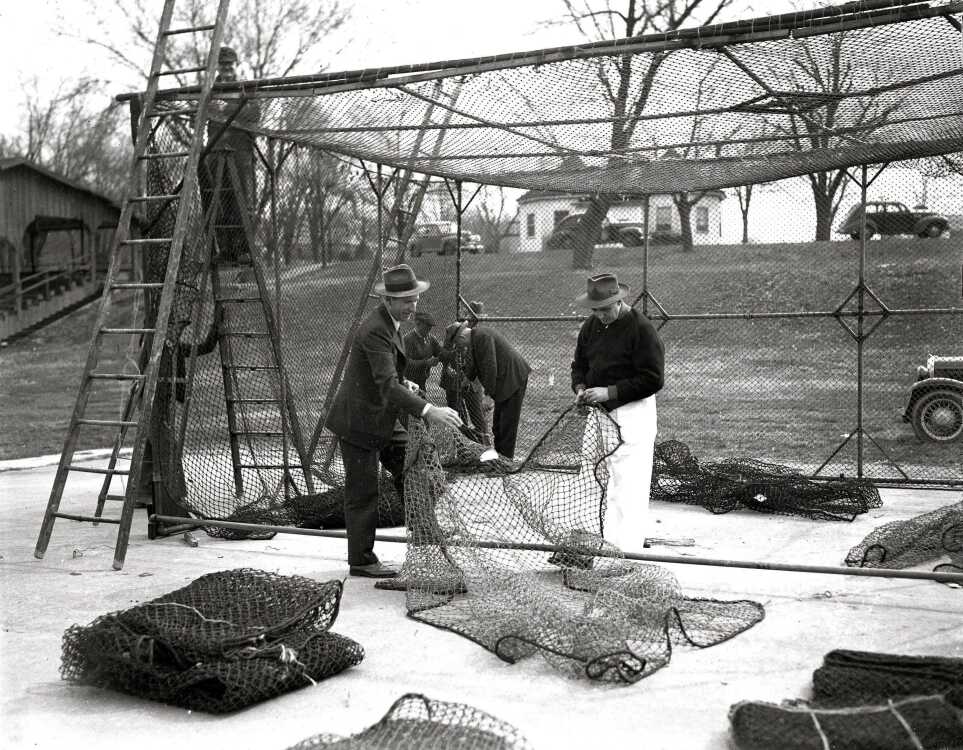 This photo by G.D. Fronabarger may show the batting cage being assembled at Capaha Park for the St. Louis Browns in 1943. The major league team, now the Baltimore Orioles, trained in Cape Girardeau for three consecutive springs during World War II.

Cape Girardeau is 125 miles south of St. Louis and only 40 miles from Cairo, Ill., which has been under consideration by the Cardinals.

The Browns will start training March 15 and will break camp about April 8, in time for the first of seven games with the Cardinals in St. Louis, beginning April 10.

Facilities available for the Browns at Cape Girardeau include a baseball park, the city's new arena building for indoor practice, the college's gymnasium and its football field.