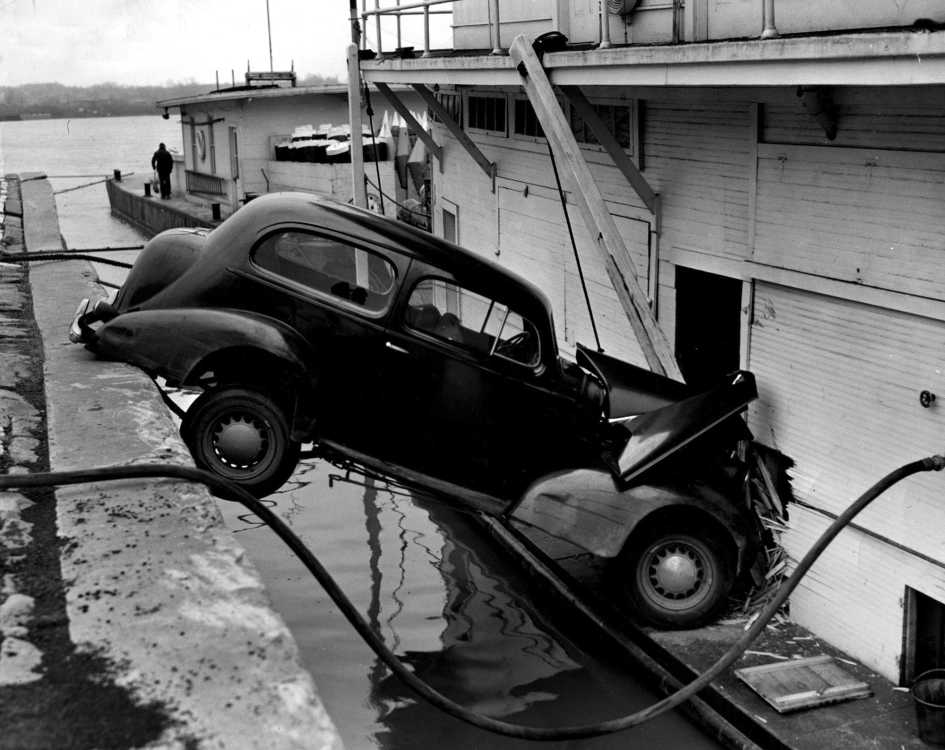 Leaving its parking place on Water Street, just north of Broadway, a 1935 Oldsmobile sedan owned by Mrs. W.L. Perkinson of Cape Girardeau on Jan. 18, 1941 rolled across the Frisco Railroad tracks, down the river levee and crashed into the wall of a U.S. Corps of Engineers towboat tied up at the Cape Girardeau riverfront.

"That's the first time I ever saw a car try to run over a boat," one member of the crew, who was standing on the boat's bridge, commented. A wrecker was called and with the aid of heavy plank runways, or skids, the car was pulled from its precarious position.

Mrs. Perkinson had left the car parked there while going to her office at the Perkinson Candy Co., 129 Water street. Belief was expressed the brakes became loosened, allowing the car to roll down the inclined street.