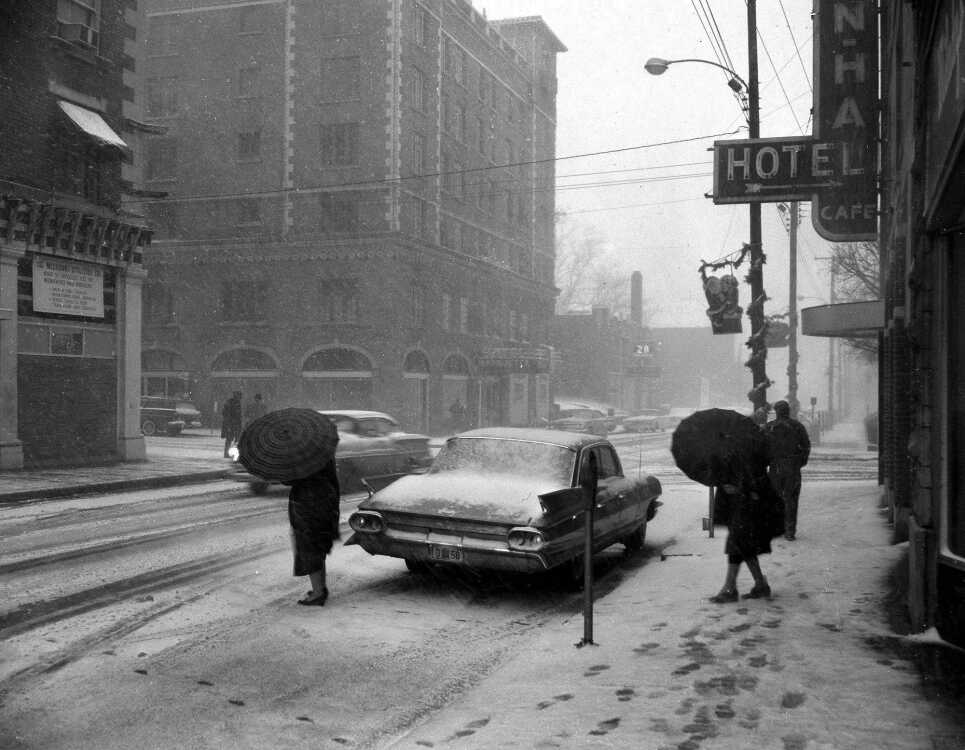 G.D. Fronabarger took this picture of two women with umbrellas who may have been at Milady's Shop, 405 Broadway, on a snowy day in Cape Girardeau. The photo was on the front page of the Southeast Missourian Dec. 21, 1960. The caption reads:

Winter arriving some 24 hours ahead of time really blew up a storm as this picture at Broadway and Fountain well illustrates. It was a blizzard of proportions seldom seen in these parts that brought 3 inches of snow and traffic snarls of record size. And, the calendar says Winter actually didn't arrive until this afternoon.

Frony himself may been inside the Idan-Ha Coffee Shop, 403 Broadway.

Both stores were below the Hotel Idan-Ha on the corner of Broadway and Fountain Street.

Both businesses were destroyed when the hotel burned June 29, 1968.