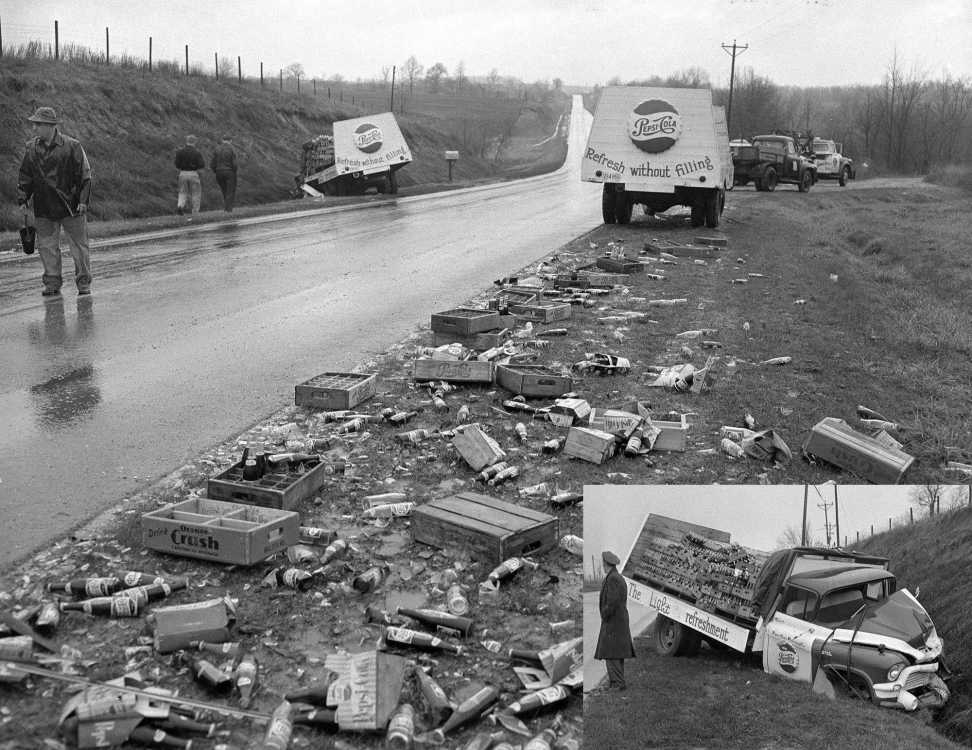 Sharon Sanders found this picture was published Dec. 17, 1957. The photos were taken by G.D. Fronabarger.

Where two were fatally injured today in a truck-car collision on Highway 61 south of Kelso. The picture was made looking down a hill toward the north, and on a slight curve toward the west. Kelso is a mile to the north. In the ditch at the left is the soda water truck. The car, almost hidden, is attached to a James wrecker at the right. The Pepsi-Cola truck at the right arrived after the accident. At the left is Sheriff John Dennis of Scott County.

The inset picture was published the next day:

The soda water truck from Sikeston figured in a crash on Highway 61 north of Benton in the rain on Tuesday (Dec. 17) morning at 8:40. Also involved in the accident was an automobile driven by Miss Geraldine Armstrong, 17, of Painton. She and her mother, Mrs. Lloyd Armstrong, 58 years old, were fatally injured.

The slogan on the trucks, "Refresh Without Filling," was used by Pepsi during the late 1950s.