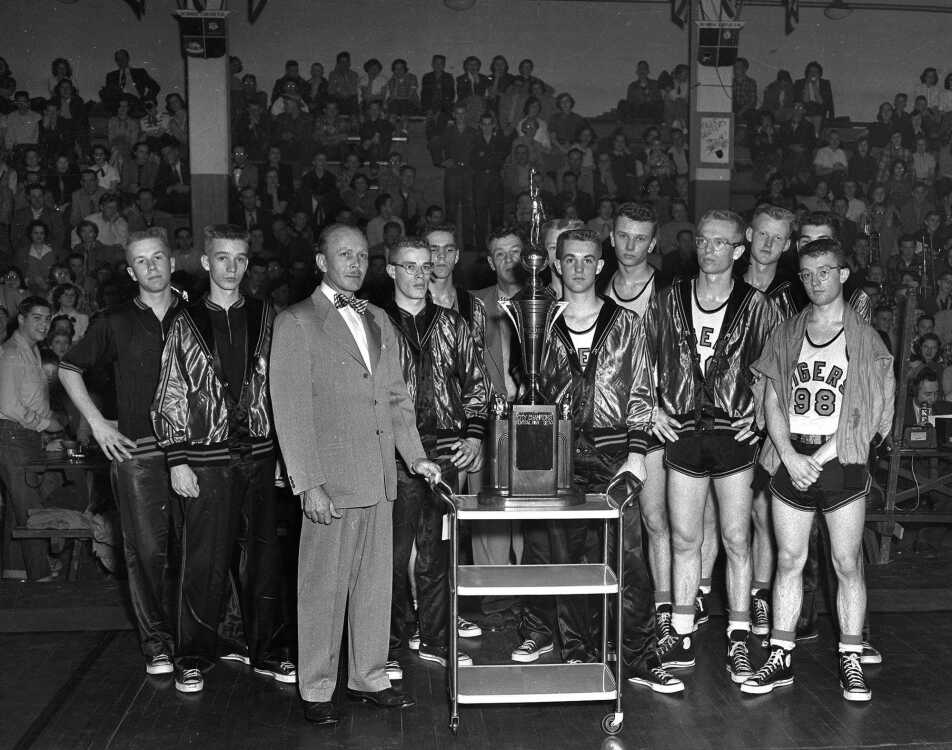 The Tigers defeated the College High Preps and St. Mary's Bulldogs twice each during the season to gain the championship. The first of the three schools to win the city series four times would receive permanent possession of the trophy.

In the picture, the team includes the three seniors, front row from right side, Walter Ford, Dave Howard and Jim Miller.

The team roster was listed in a pre-season story in the Southeast Missourian published Dec. 1, 1952:

The coach was Lou Muegge who is standing behind the trophy in the picture.

Central played their basketball games at the Arena Building and Houck Field House before the new high school was built and opened in 1953 on Caruthers Avenue.

The original Central High School at 101 S. Pacific St. was built in 1915. It became the district's junior high school. The building was re-dedicated in 1965 as Louis J. Schultz School, housing a seventh-grade center.