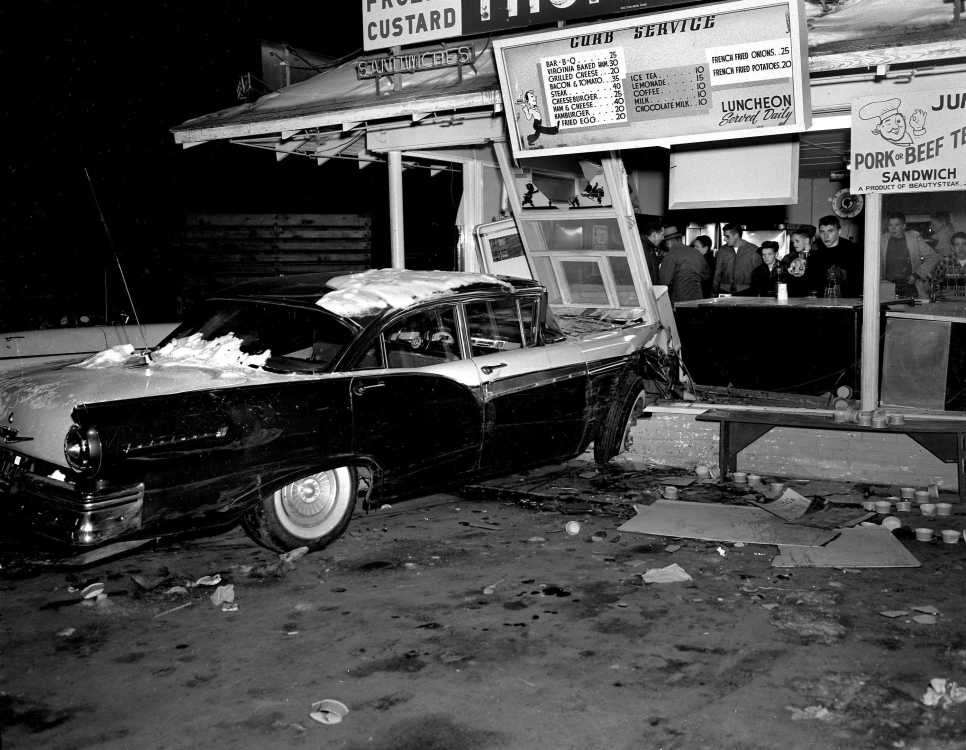 A 1957 Ford Fairlane 500 appears to have mistaken a drive-in for a drive-thru in this picture by G.D. Fronabarger at Thompson's Drive-In, 324 N. Kingshighway.

Here is the photo caption published Dec. 1, 1958 in the Southeast Missourian:

This car glanced into the Thompson establishment on Highway 61 just south of the Broadway junction early Sunday night, doing considerable damage. The driver was Earl Crites Jr., 34, of Cape Girardeau who was going south. He said a car in front of him started to the left when Crites was about to pass and there was a minor collision. The Crites car then went eastward and nosed into the building.

Purchase of Thompson's drive-in on Kingshighway, just south of Broadway intersection, by Charles Schneider is announced; Schneider, who also owns Alvarado restaurant, expects to operate each business separately; purchase of drive-in was from Tom Steinhoff.

Keith "Bud" Miller announces he has purchased the Thompson Drive-in, 324 N. Kingshighway in Cape Girardeau, from Russell Hartley; Hartley has operated the business for the past 15 months.

In addition to frozen custard, curb service menu items include: