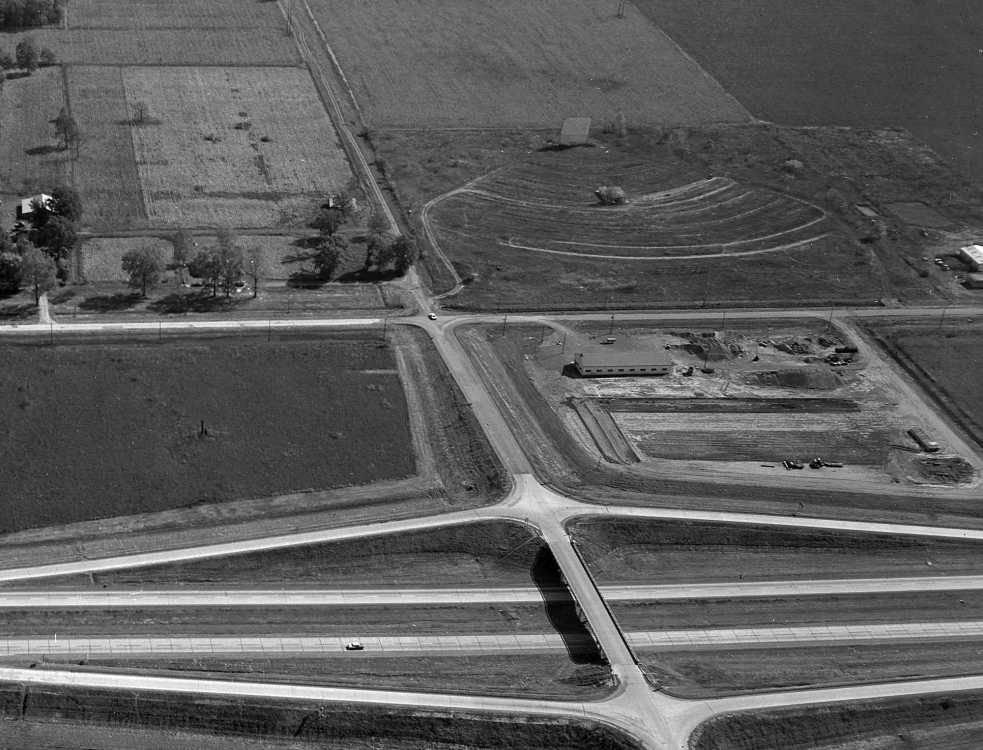 The Cape Drive-In Theater is seen in this aerial photograph which G.D. Fronabarger took in the early 1960s.

It is in the upper right corner of the photo. The location is on the east side of Interstate 55 at Nash Road, south of Cape Girardeau on Highway 61 and north of the Cape Girardeau airport.

The theater opened Aug. 12, 1949 with the movie "Red River." The show had a capacity of 500 automobiles. Adult admission was 50 cents with children under age 12 free.

The Rhodes City Truck Stop would be built later across from the theater property, on the left in the photo.

Construction has begun on 13-acre tract on east side of Highway 61, between

R.R. Hicks; theater will have 600-car capacity, with each car stall to be

It seems the Cape Drive-In Theater continued operation for three years after the company opened the modern Star Vue in 1954. The last movie ad in the Southeast Missourian was Nov. 4, 1957. None were found the next year.