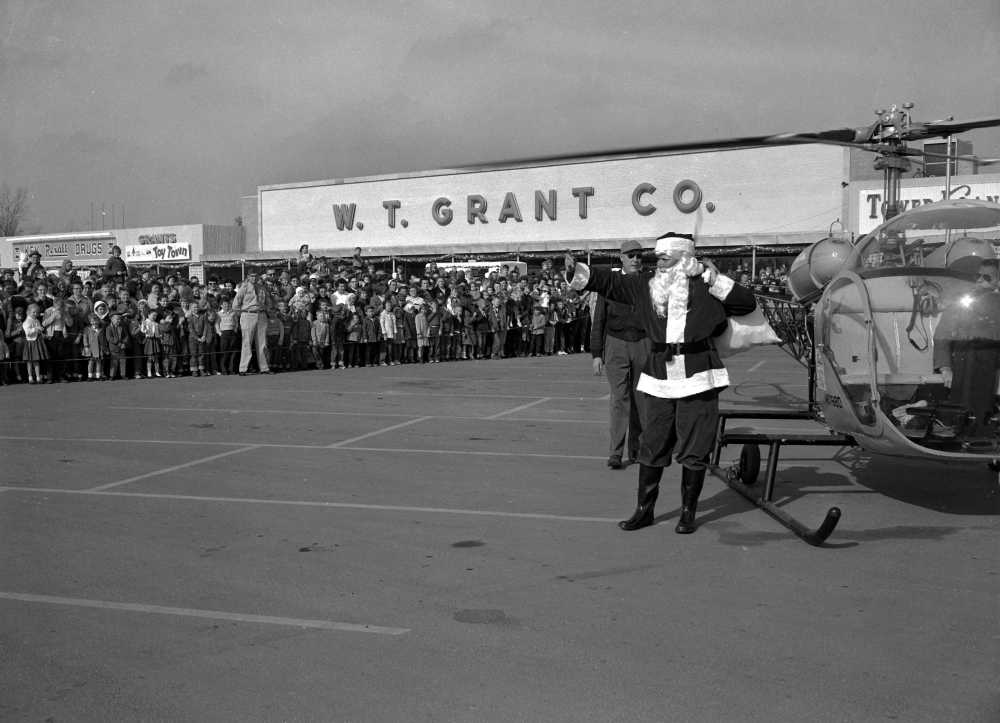 A crowd greets Santa Claus after the jolly old gent stepped out of a helicopter at Town Plaza Shopping Center in Cape Girardeau. The picture was made by G.D. Fronabarger in the early 1960s.

These Town Plaza stores are listed in the 1962 Cape Girardeau city directory:

The 1964 city directory adds these stores to the Arcade building:

The W.T. Grant Co. store in Town Plaza was one of the original businesses when the shopping center was opened, and it has remained the largest in retail area with the exception of the Sears facility, which came later.

Opening in August, 1960, the store features soft lines of goods, carried in self-service type displays. Clothing of all types for all members of the family are carried, along with cosmetics, household goods, pets and pet supplies.

Customers, report the management, have come from all over the area -- Farmington to St. Marys, the Bootheel and southern Illinois. Also featured is a line of candies, lunch and soft drinks service and a range of garden supplies, in season.

The store here is one of 1,200 the company operates throughout the nation.

According to Wikipedia, William Thomas Grant, the store's founder, died in 1972 at age 96. The W.T. Grant story ended in 1976 with the second-biggest bankruptcy in U.S. history.