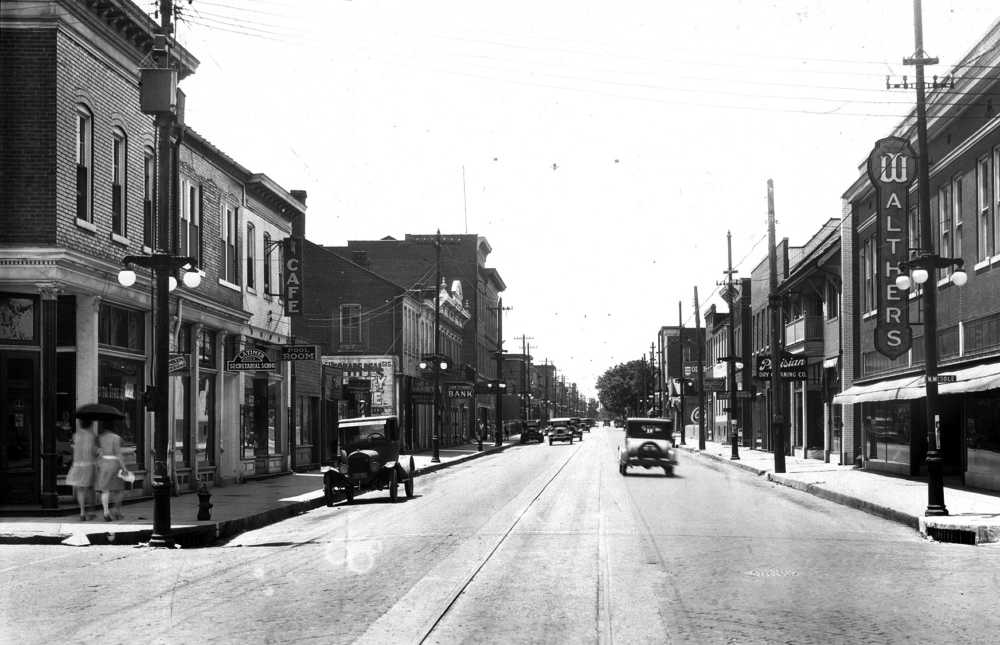 An umbrella shades two women walking west along Broadway at the Middle Street intersection in this 1920s photo. Note the rising hemlines on their dresses. Some of the businesses on the south side of the block, at left, are Auto Tire and Parts Co., Latimer Secretarial School, a cafe, a pool room, Red Hot Coney Island, Square Deal Variety Store, Cape Exchange Bank and Bergmann Grocery.

As cars became more popular, the store concentrated its efforts more on auto parts rather than tires. By 1929, the store stopped selling tires.

Today Auto Tire and Parts NAPA has more than 40 locations in Illinois, Kentucky and Missouri. -- (from Southeast Missourian, Oct. 6, 2009)

Walther's Furniture Store was established in 1864 at the corner of Broadway and Middle.

In 1916 the original store building was torn down and the present structure erected. The store closed its doors in 1984.

From 1987 to 2002, the old Walther's building housed Cast-A-Ways, a consignment clothing store.

Today the renovated building is home to the new Discovery Playhouse, 502 Broadway.