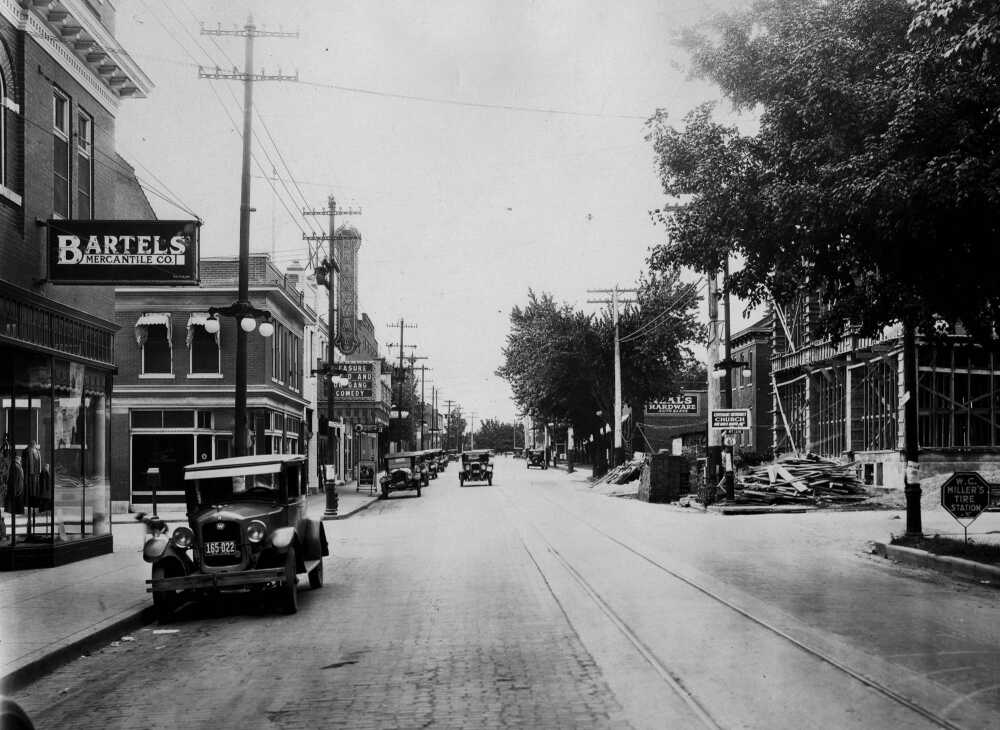 This picture, looking west, of the 800 block of Broadway at Ellis Street taken in 1929 shows the Southeast Missouri Telephone Co. building across from Bartels Mercantile Co. on the left, and the new telephone building under construction across the street.

The Broadway Theatre is showing the picture, "Pleasure Crazed" and an Our Gang comedy.

According to the Southeast Missourian, the Broadway Theatre opened Dec. 24, 1921 with 1,300 seats and all modern improvements to present the picture, "The Sheik." The manager, S.E. Brady, said the price of admission will be 10 cents for children, with no war tax for 10-cent tickets, and 30 cents for adults. A seven-piece orchestra formed by John McCardle, an experienced orchestra leader, has been rehearsing and is ready for its local debut.