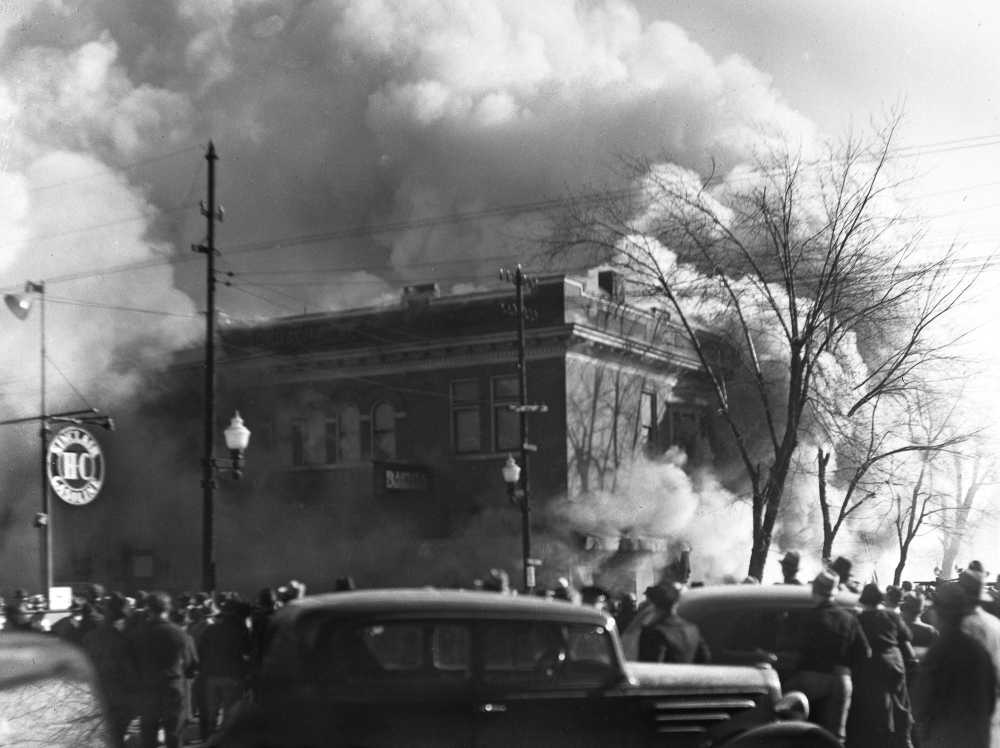 This picture taken Feb. 4, 1937 shows the fire that destroyed Bartels Mercantile Co. at the southeast corner of Broadway and Ellis Street in Cape Girardeau. Later that year, on Sept. 9, the store reopened at 430 Broadway where it continued until going out of business in 1957.

William F. Bergmann and William G. Bartels organized the Bergmann-Bartels general merchandise and grocery store in 1902 at 521-525 Broadway in Cape Girardeau. The building had been constructed two years earlier.

The partnership was dissolved on Aug. 14, 1916. Bartels then opened his own dry goods store and Bergmann continued operating a grocery store in the original structure.

The Sinclair gas station is situated at the northeast corner of Broadway and Ellis.