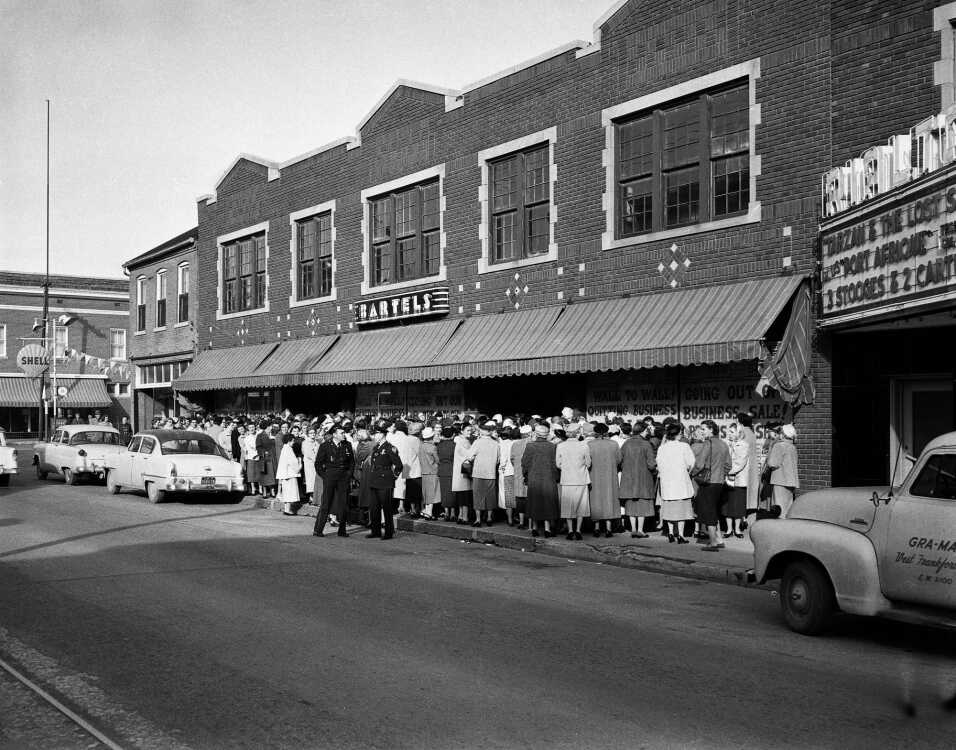 A crowd of shoppers jams the Bartels Store, 430 Broadway in Cape Girardeau, as the closing-out sale began on Thursday, Nov. 21, 1957. The management said the crowd filled the store throughout the day.

The building was constructed in 1928 for the Montgomery Ward store. It continued in that location until 1933 when the store was moved to Main Street.

The photo shows two policemen standing in the center. A Shell service station, left, is at the corner of Broadway and Middle. The Rialto Theatre, right, was showing a double-feature, "Tarzan and the Lost Safari" along with "Port Afrique," plus the Three Stooges and two cartoons. Photo by G.D. Fronabarger.

The Bartels Mercantile Co., for many years one of the more popular retail stores in Cape Girardeau, will close as soon as the present stock of merchandise, fixtures and store building can be sold; the announcement comes from W.G. Bartels, who owns and manages the store with the assistance of his wife; Bartels opened in 1916.